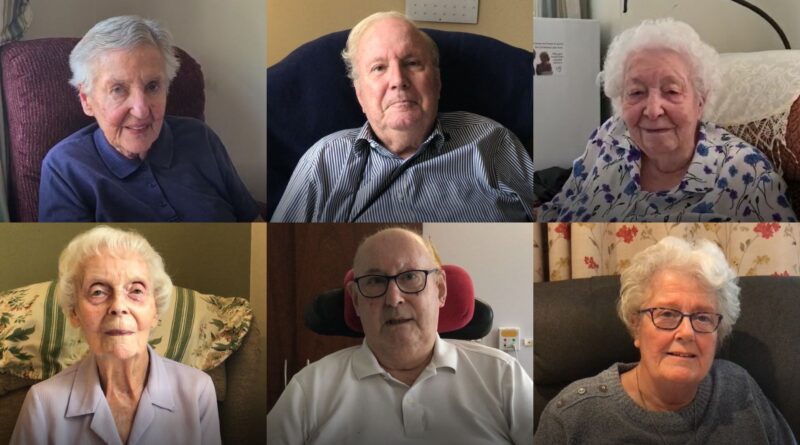 Residents at Royal Star & Garter have paid their tributes to Her Majesty The Queen.

The Queen became the charity’s Patron in 1953, and paid several visits to Royal Star & Garter’s former Home in Richmond.

Paying their tributes, the residents spoke of their love and admiration for the late Monarch.

WWII Women’s Auxiliary Air Force (WAAF) veteran Phyllis, who received a card from The Queen earlier this year to mark her 100th birthday, said: “I was born three years before she was, so she’s been part of my life. I’ve always watched what she’s doing and what it meant, and [thought] how lucky we were to have her, because she was so dedicated. I can’t imagine a world without her, and it’s very sad that she’s gone.”

RAF veteran Michael was awarded his MBE from The Queen at Windsor Castle in 2012. He said: “It’s often said when she speaks to somebody it seems like there is nobody else around, and I found that during the very brief time I was in front of Her Majesty. She asked me various questions but was totally focussed on me and I found that quite extraordinary… A most wonderful lady, extraordinary. I’ll miss her, she was always there, she was a constant.”

Discussing Her Majesty’s lifetime of service, RAF veteran Vera said: “There wasn’t anything more she could possibly do and still be human.” WAAF veteran Elsie said: “She meant a great deal to me. She was someone we could always look up to and admire for her hard work, and hope we could do just as well. She worked very hard and I don’t think anyone could’ve have worked harder.”

Monica, whose husband was in the Navy, said: “Her service was amazing, and she went on for so many years. We were very proud to have her as our Queen.” Ken, who served in the Army, said: “She was a very dutiful lady. When she made that speech when she was aged 21, that she would devote her life be it short or long, she stuck to it. I never met her, but one felt connected to this lady.” Addressing the length of her reign, he added: “I think it was marvellous, and a wonderful achievement. The fact she did it over 70 years was immaterial, the fact is she was doing it so well. I was thinking that if we have to give this Elizabethan era a label, like we had William the Conqueror or Alfred the Great, I would think Elizabeth the Dutiful.”