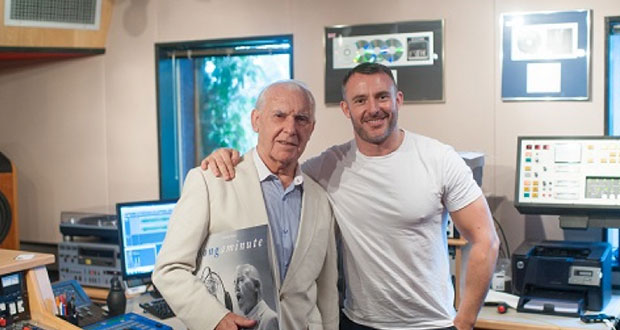 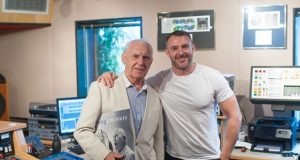 Simon McDermott and his dad Teddy, the ‘Songaminute’ Man have been awarded the Special Recognition Award at this year’s Daily Mirror Pride of Britain awards.

Simon McDermott’s father, Teddy “Mac” McDermott, 80, was diagnosed with dementia in 2013. Like many others with the condition, Ted still has an excellent capacity for musical recall and is visibly lifted by singing – even as other parts of his memory have declined. Due to the amazing success of the videos of the pair singing, which went viral instantly, the former Butlin’s Redcoat was granted his lifelong dream of signing a record deal, recording a cover of Sinatra’s ‘You Make Me Feel So Young’ at London’s infamous Abbey Road Studios last month.

Originally aiming to raise £1,000 in aid of Alzheimer’s Society, the charity that supported Simon through the challenges of caring for his father, Simon and Ted have now raised a staggering £128,800. Simon and Ted’s inspiring videos have also raised greater awareness of what it’s like to live with dementia and still do the things you love, while earning the pair thousands of followers and fans across the globe.

The Daily Mirror’s Pride of Britain Awards, in partnership with TSB, have become established as the nation’s biggest annual event celebrating amazing unsung heroes – and one of the highest rated awards shows of the year.

The winners come from tens of thousands of public nominations and stories of remarkable individuals discovered by the Award’s team of researchers. They are whittled down to a shortlist from which the judging panel, made up of celebrated figures in national life, chooses the winners.

The 18th Pride of Britain Awards will take place at London’s exclusive Grosvenor House on Park Lane where guests will be honoured with a glittering star-studded dinner. The Awards will be screened on ITV as a two-hour special on Tuesday 1 November at 8pm.

‘Alzheimer’s Society could not be more thrilled that Simon has been awarded the Pride of Britain Special Recognition Award this year.

‘Simon and Teddy’s inspiring and touching Songaminute Man videos are not only raising vital funds for Alzheimer’s Society, but highlighting the positive impact that listening to music and singing can have for people with dementia. They truly deserve this recognition.

‘We’re pleased that our National Dementia Helpline supported Simon when he was coming to terms with his father’s diagnosis. Our Helpline advisers are here to support anyone affected by dementia by providing a listening ear, practical advice and help with signposting to other support services for people with dementia and their carers.

‘Huge congratulations to Simon and Teddy on this fantastic achievement – we are so grateful for their support.’