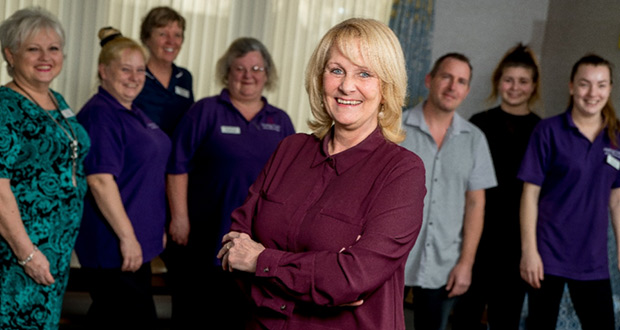 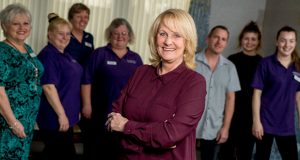 A care home in Hastings has been praised by residents for “first rate care” in a report by official inspectors.

Representatives from the Care Quality Commission (CQC) also heard that people living at Hastings Court on The Ridge felt “lucky to live here” and noted they were treated with “kindness and respect and as individuals.”

Hastings Court provides residential, nursing and dementia care for up to 80 residents.  The inspection by the CQC took place over three days in February 2018.

The report praised staff for their personalised care and their relationships with residents.

“It was clear from our observations that staff knew people well,” said inspectors.  “Staff made eye to eye contact as they spoke quietly with people; they used their preferred names and took time to listen to them.

Inspectors said their time at the home “showed that staff were committed to improving people’s lives” by making sure they were not isolated, either in their room or in the communal areas.  They saw that residents were “supported to live an independent life-style as far as possible despite living with a wide range of illnesses such as dementia, Parkinson’s and diabetes.”

The report noted a rolling programme of essential training was in place and there was “a clear emphasis on improving staff knowledge and competencies.”  Staff ‘Champions’ had been introduced to “consistently drive improvement” in areas such as infection control and medicine management.

The home welcomed new manager, Georgina Gamble, in March last year and inspectors commented on the “fresh and open culture which had benefited the service.”

“The management team were open and transparent about the challenges they had faced, but were very proud of what the staff team had achieved in the past six months.  They were committed to embrace the changes and continue to grow and develop the service.”

Home manager Georgina Gamble said the report was a reflection of the team’s hard work.

“I took on this role at Hastings Court 12 months ago and since then we have put an immense amount of effort into transforming the care we provide,” she said.  “We are delighted to see this has been recognised and this is a great foundation on which to continue building.”

The home was praised for enabling residents to express their views and said they were “involved in making decisions about their care and support and the running of the home.”

Residents’ meetings were held on a regular basis and provided people with a forum to discuss any concerns, queries or make any suggestions.  Care was said to be “person specific and in line with people’s preferences” and where residents were unable to tell staff their choices, inspectors saw that staff had spoken with families and friends.

Visiting health professionals were said to be “positive about the way staff worked with them and commented “(they) are knowledgeable about the people they care for and want to get it right.””

The report said relatives felt they were able to talk to the manager and staff “at any time” and the “culture of the service was described as open, honest and friendly, by people

“We have worked so hard,” commented one staff member, “it’s a pleasure to come to work.”

Care Quality Commission inspectors, who visited the home in February rated Hastings Court on five key areas, all of which were said to be “good”.