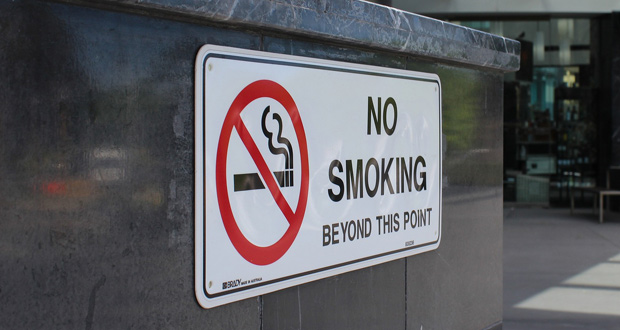 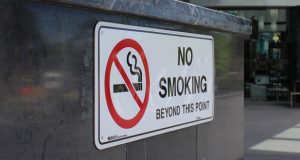 New figures released by leading care home reviews website carehome.co.uk reveal that half (49%) of care home staff say care homes are protecting their residents by banning smoking inside the building. A further 16% of care home staff revealed that smoking is not allowed anywhere in the care home or its grounds.

According to the law, residential care homes are exempt from the smoke-free legislation and can draw up their own fire safety policies.

The figures, sourced from a survey completed by care home owners, managers and staff as part of the carehome.co.uk Summer Survey, come in the wake of a recent Government announcement that all mental health inpatient hospitals have to aim to be smoke free by 2018.

The figures also come at a time of increased scrutiny of fire safety in the wake of the tragedy at Grenfell Tower – as the survey revealed that nearly half (48%) of care home staff say their care home has a sprinkler system in place. In Scotland and Wales, all new and converted care homes have to have sprinkler systems. However in England, there is no such legislation.

While many care homes ban smoking inside for fire safety reasons, others consider a ban to be in breach of residents’ human rights.

“Care homes are between a rock and a hard place when it comes to smoking bans. Some residents may have smoked all their lives, and robbing them of the right to smoke in what is their home is taking away their right to choose.

“Should we be forcing vulnerable people to give up something that brings them comfort?

“Yet smoking is also one of the biggest causes of accidental fire deaths. carehome.co.uk urges any care homes concerned about their residents’ safety to review their fire safety policy as a matter of urgency, and ensure that any smoking inside takes place under supervision.

“If care homes do take the decision to ban smoking, they must be prepared to give their residents plenty of support, as smoking tobacco is highly addictive and quitting is not easy.”

Frank Ursell until recently managed a 24-bed nursing home in Worcestershire, in which a resident’s bedroom can be a designated smoking area. He warns of taking too interventionist an approach – the smoking policy at his nursing home ensured a staff member was present to monitor residents smoking in their bedrooms.

“The regulator requires us to put the patient first.

“Imagine a 90-year-old who has smoked all her life. The trauma of losing her husband and leaving her home. Should she have to give up smoking too?”

However Lynne Rourke, Care Home Manager at Reside Care Homes, is one of those 16 per cent who say their care home has banned smoking in both the home and its grounds – although residents are permitted to use e-cigarettes in the back garden.

“We make it very clear that all residents and staff smokers leave the premises to smoke.

“The staff go out for their breaks signing in and out in line with fire policy, and residents are escorted off the premises also. There are no exceptions to this rule, this is always discussed at viewings and at assessments.

“A risk assessment would be carried out saying the resident would need an escort outside the home and a DOLS put in place if necessary. It would also say that residents would need to leave cigarettes and lighters in the office. We would carry out fire drill on a regular basis and keep training updated as required by law.

“If a resident uses a vape we would allow them to sit in the back garden. We would not allow the use of vapes in the home due to the vapor exhaled. Staff still have to leave the premises to use the e-cigarettes.”

London Fire Brigade released figures in March this year showing there are 10 fires per week in care homes and sheltered housing in the capital, equating to 520 fires annually.

Statistics from the London Fire Brigade between 2008 and 2014 show there were a total of 18 deaths and 228 injuries caused by fires in care homes and sheltered accommodation in London.