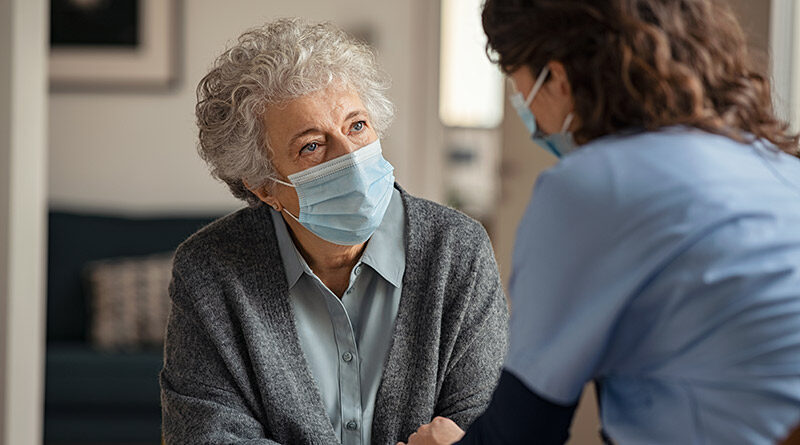 England’s largest councils and care providers today warn that care homes could face widespread closures and a shortage of beds when adult social care reforms are introduced next year, with the government ‘seriously underestimating’ the costs of its proposals by at least £854m a year.

The warning comes as the County Councils Network (CCN) releases a new independent report by healthcare market specialists LaingBuisson, which analyses two key aspects of the government’s adult social care reforms: proposals to allow private payers (self-funders) to ask councils to arrange care on their behalf at lower local authority rates and the intention to introduce a new ‘Fair Cost of Care’, which aims to increase care fees paid by councils to make the care market sustainable.

Presently, the government has allocated £378m per year for councils to pay this new Fair Cost of Care for care home placements and to protect providers from revenue losses when private fee payers are eligible to ask their local authority to arrange their care – and access lower council rates – from October 2023.

However, the study concludes that that the government’s allocation ‘seriously underestimates’ the amount of new funding required and could cause a ‘severe sustainability risk’ to care homes across the country. Widespread care home closures could leave councils struggling to find beds for those who require care and trigger a deterioration in the quality of care between local authority and private placements.

The report calculates that an extra £854m a year is needed, at the bare minimum, to make the proposals workable by avoiding large-scale closures and to ensure ongoing investment into the social care sector.

CCN says it supports the premise of making private and council fees fairer but warns that local authorities will be ‘left between a rock and hard place’ unless government commits more funding to the reforms.

Already facing severe financial pressures, councils would be unable to make up for the shortfall in fees without cutting services or proposing significant council tax rises – and would therefore face care home closures in their areas. Responding to the findings, Care England says that the funding allocated so far could lead to ‘catastrophic financial failure’ for its providers.

For the first time since the proposals were announced in September, today’s analysis highlights the impact of the policy, as currently funded, for local areas and care providers:

As a result of private fee payers accessing council care contracts and current Fair Cost of Care rates being too low based on government funding, care providers across England could face lost revenue amounting to £560m a year. This represents a loss of 3.8% on their overall revenue per annum.

The report concludes losses on this scale could cause a severe sustainability risk to care markets, with widespread provider failure, across the country. This comes off the back of two years of the pandemic, with many councils and providers already facing financial difficulty.

Care homes witness revenue losses in all but one region in England. The largest losses would be for providers in the South East, East, and the South West, as these are the areas with the largest amount of private fee payers eligible to ask councils to arrange their care.

The 36 county areas that CCN’s councils represent are the most vulnerable areas in the country, with providers in these areas witnessing a potential 5.6% reduction in their annual revenues. Providers in those county areas account for 86% of all financial losses to the social care sector.

Currently, people who pay for their own care tend to pay up to 40% more on average than those eligible for state support, for whom their local authority arranges care.

The government says it wants to end this ‘persistent unfairness’ by allowing private payers to ask their local authority to arrange their care. Providers will lose fee revenue from customers who approach their local authority instead, which will be made possible by the government activating part 18(3) of the Care Act 2014. At the same time, a ‘Fair Cost of Care’ is to be introduced to make local authority fee rates more sustainable and reduce the revenue losses experienced by providers from greater fee equalisation.

CCN is calling on the government to bring forward funding for local government in the Health and Social Care Levy, to pay for the additional £854m a year required. Currently, councils will have to wait until 2025 to access full funding from the levy. This uplift must be confirmed this year, to give councils and providers the confidence their care markets will be sustainable.

This level of funding is based on what LaingBuisson believes is necessary to operate a mid-market care home and ensure that a steady level of investment made into these properties. However, this still will not be enough to offset losses in the South East and the South West.

If no extra funding is forthcoming, CCN argues the Fair Cost for Care and Section 18(3) policies should be delayed until at least 2025.

“There is a clear consensus from those that work in adult social care that the government’s Fair Cost for Care proposals are laudable – we all support the principle of making the system fairer. But the government has seriously underestimated the costs of its proposals.

“At the present funding level, these proposals could have a serious impact on the care sector across the country, leading to widespread care home closures and a rationing of care for the hundreds of thousands of people who need it each year. Councils will be left between a rock and a hard place – either by raising council tax to excessive levels and cutting local services, or by seeing widespread care home closures in their areas.

“Councils are committed to working with government to develop a roadmap which both implements reform alongside maintaining market stability. However, the government needs to seriously consider the findings from this report and provide a substantial uplift in funding to make the proposals workable.

“This is a hugely important report that puts, for the first time, a realistic evidenced based estimate on the cost of implementing much-needed reform through the introduction of a fair rate for care. It shows that the annual cost to councils is at least three times current government funding allocations and if not immediately revised this could lead to catastrophic financial failure to be experienced by providers, leading to home closures, and an inability to invest in services for some of the most vulnerable members of society now and into the future.

“We commend the CCN for publishing such an informed report and urge the Department for Health and Social Care and the Treasury to take note of the additional funding critical to successfully deliver on the government’s ambitions to make adult social care a fairer system for all who need it.

“Care homes are a key part of the whole health and social care system. They meet the care and health needs of hundreds of thousands of people and are essential to the NHS in assuring swift hospital discharge and preventing unnecessary hospital admissions. Levelling out self-funder and council funded fee levels is welcome but must be on the basis that care costs are met in full and allow the sector to invest for significant growth of our aging population, and to improve the pay and career development of its staff. Implementing fee reform will be pointless if services are lost because of underfunding driven by incorrect cost calculations by government, for a sector that has delivered so much, and stood up fantastically during this pandemic.

“We want to see care home provider representatives now closely involved in detailed talks to ensure the risks, highlighted by CCN, to these vital services are mitigated, and the additional funding delivered, to provide the assurance care home residents and families need, that high quality care continues to be delivered in local communities.”