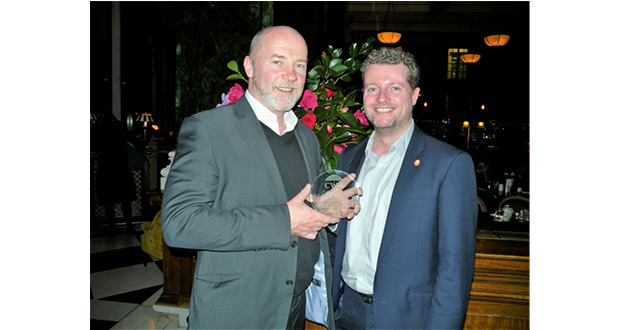 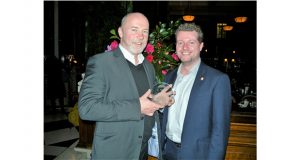 The Care Workers Charity (CWC) recently hosted its Awards for 2018, an inaugural ceremony to recognise those who have played a key part in the recent re-emergence of the charity and whose particular contribution merits acknowledgement. Avery are therefore very proud to have been awarded Best Fundraising Campaign, with Commercial Director Mark Danis receiving the award for Outstanding Contribution by an individual.

The CWC Awards were introduced to recognise and reward the exceptional contributions of the charity’s most dedicated supporters. Appraised by an internal panel of judges, the CWC recognised 12 outstanding individuals and CWC Partners in seven categories.

The fantastic Summer Cocktail Parties in 2018, held as part of the CWC’s ‘Going the Extra Mile’ fundraising campaign, welcomed friends, family and the local community into the Avery care homes. They raised an incredible £3,420.81 on one single day for this deserving charity, so were delighted to be awarded Best Fundraising Campaign. Angus Matthew, Senior Marketing Manager, received the award on behalf of Avery at the January event.

“We have been so appreciative of Avery’s support over the last couple of years and have been most impressed by their commitment to helping us set up an annual event,” said Rebecca Woolley, Partnership and Events Manager at the CWC. “It was wonderful to see the walks Avery hosted and to see residents enjoying their mocktails…we can’t wait to see what they have planned next!”

The Outstanding Contribution to the CWC Award went to Avery Commercial Director, Mark Danis, in recognition for generously supporting the charity’s team over the past year as well as being the driving force behind the ‘Going The Extra Mile’ fundraising campaign. Mark has been an intrinsic part of the CWC for nearly two years, providing a range of support and advice through his role as Vice President of the charity, as well as supporting the events’ committee.