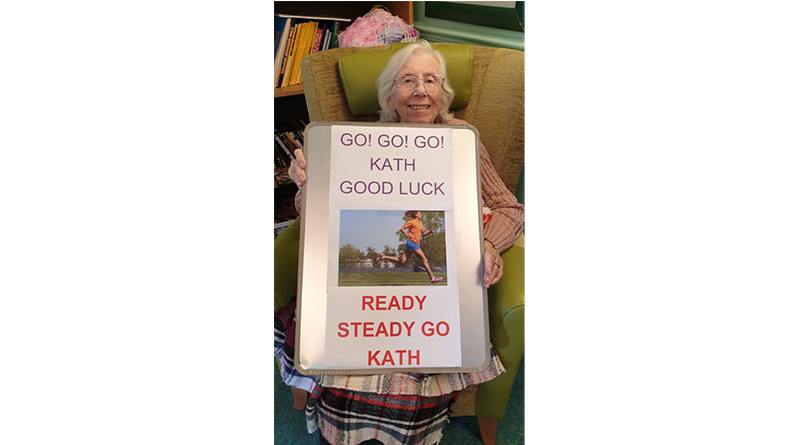 Kath Embling, 30, is running a massive 510 miles for Brunelcare in just 20 weeks, 40 miles more than running from London to Scotland. The number, 510, represents the amount of tenants and residents across the charity’s Care Homes and Extra Care Housing Sites, and Kath wants to run a mile for each of them!

Kath starts her challenge today, and will be running 3.3 miles around her local area, St Werburghs in Bristol. She’ll continue to run 23 miles – almost a marathon each week – with no rest days, until the 154 day challenge has been completed on October 14th. Kath believes the challenge will take her, in total, an average of 103 hours, a total of eight days running!

Kath’s original target was to raise £500 for the charity to buy wellbeing supplies for Brunelcare’s five Care Homes and three Extra Care Housing Sites. However, much to her surprise, Kath, the Digital Marketing Coordinator at Brunelcare, managed to smash her target before she even started the challenge. Kath is now hoping to double her donations to raise £1,000 for the charity.

Kath said: “I wanted to do something special for Brunelcare, something that meant a lot to our tenants and residents and something they could get involved in. The money I raise will fund wellbeing activities within our care homes and will go towards future day trips for our residents to look forward to once we’re out of lockdown. I’ve never taken part in a challenge like this before, but I can’t wait to get my trainers on later and complete my first run!”

Kath, previously an avid runner, used to regularly take part in races all over the UK, until she sustained a foot injury six years ago. Her injury was so bad that she believed it was unlikely she could run again and some days even struggled to walk without pain. After years of intensive physiotherapy to heal her injury, Kath has only started running again recently.

Kath will document her daily run using Strava that can also be accessed via her Just Giving page for our tenants and residents to keep an eye on.