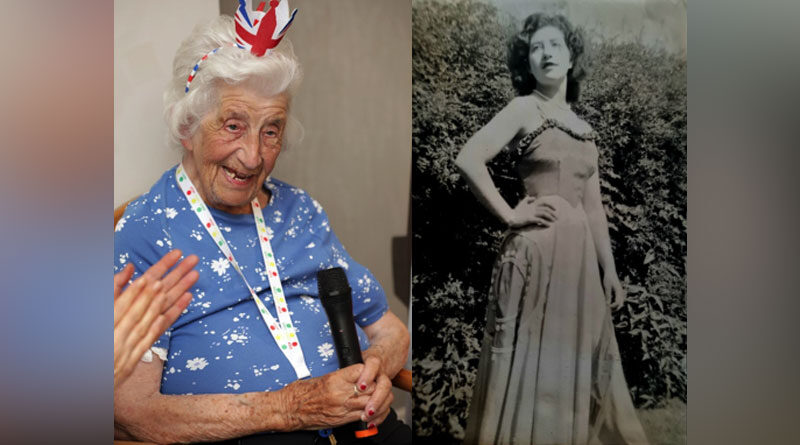 A former opera singer provided a patriotic start to the ‘Proms’ at her new Dorset care home with a rousing rendition of Land of Hope and Glory.

Dorrie’s singing ability was ‘discovered’ when she was just 13 by the well-known soprano Mavis Bennett, who regularly performed on BBC Radio where she was known as the ‘Nightingale of the Wireless’.

Dorrie’s daughter, Christina Smith, who lives in Southampton explained:
“Mavis, like my mum, lived in Redditch in Worcestershire. She was a customer at my grandfather’s petrol garage and one day he asked her to listen to mum sing.

“She listened and announced she was a natural contralto who needed very little training. And from that point she took mum has a kind of protégé.”

Over the next few years, Dorrie’s voice was heard several times on the BBC, including on the Listen with Mother programme.
She was also a regular guest of the BBC Orchestra at the Redditch Theatre.

Dorrie and her husband Norman, a talented pianist, continued to perform locally and went on to open a children’s nursery, where they introduced some of the country’s earliest music and movement sessions.

The couple moved to Bournemouth in the late 1960s and Dorrie continued to sing accompanied on the piano by her friend, the BBC Radio producer Jimmy Grant, whom she met through a U3A Choir.

Fernhill residents enjoyed an afternoon of singing along to classical and popular songs from across the years before a delicious afternoon tea.

Dorrie added: “Fernhill has so much music and singing every day. I am also helping some of the carers who love to sing with their technique.

“It was lovely to sing in front of everyone and hopefully they enjoyed it too.”

Fiona Pritchard, Colten Care’s Music and Arts Partner said:
“Music has and still does play an important role in the lives of many of our residents across our homes. Hearing Dorrie sing in her beautiful and still very strong voice, was very emotional for us all.

“She was beaming all over afterwards and went on to enjoy a great afternoon of singing and happy reminiscence with her fellow residents.”