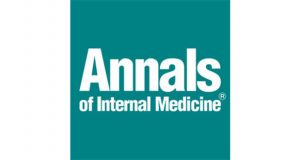 Vulnerability to fraud could be among the early warning signs of dementia in older adults, according to a new study published in Annals of Internal Medicine, which found that older adults with low scam awareness had about twice as much risk of developing mild cognitive impairment or Alzheimer’s disease as their less-susceptible peers.

The study reveals that old people with no apparent signs of dementia who fail to protect themselves from these phone scamsters by ending the conversation and hanging up may have early signs of dementia. In some cases failing to use good judgement could be an early sign of Alzhiemer’s disease say the researchers. The results of the new study titled, “Scam Awareness Related to Incident Alzheimer Dementia and Mild Cognitive Impairment: A Prospective Cohort Study,” were published in the latest issue of the journal Annals of Internal Medicine.

Lead author of the study, Patricial Boyle, neurological psychologist at Rush University’s Alzheimer’s Disease Center, said this study adds “to our understanding of elder fraud in general. This work would suggest that, in fact, many cognitively intact older people also may be at risk of financial and other forms of fraud and abuse and really sheds new light on the scope of this problem.” She explained that memory loss is usually preceded by poor decision making.

The team of researchers recruited 935 older people living in and around Chicago. They had never been diagnosed with dementia and had no apparent symptoms of dementia. At the start of the study the participants were given a questionnaire on scam awareness.

Results revealed that participants who had low scam awareness at the start of the study were at a greater risk of Alzheimer’s, dementia or mild cognitive impairment. Similarly those that scored low on the fraud awareness test also had signs of Alzheimer’s in their brains on autopsy. Typically beta amyloid plaque was found in their brains.

Boyle said, “Social cognition — social judgment — involves a diverse array of functions. This complicated behavior involves and integrates multiple different abilities, including cognition, including emotion regulation, including making inferences and perceptions about others’ behavior as well as of course regulating one’s own impulses.” “Because it’s a complex behavior, it likely involves distributed brain networks to support it,” Boyle explained.

Boyle added that families need to be “vigilant about the problem of elder fraud,” recommending the sites of the Financial Industry Regulatory Authority and AARP for guidance.