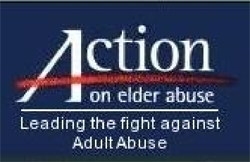 Action on Elder Abuse (AEA), the charity challenging elder abuse, has warned that there are no satisfactory safeguards in the draft Bill proposed by Lord Falconer to enable assisted suicide, and that it will leave people open to coercion by those who wish to benefit from their deaths.

While noting that the charity has no objection to the principle of assisted suicide, which is a moral issue that is not in itself abusive, AEA has pointed out that the proposed process in the Falconer Bill is weak and that the safeguards give no more than an illusion of protection.

The charity has now issued an Assisted Suicide briefing to all peers in advance of the debate in the Lords on Friday, cautioning that that the current Assisted Dying Bill lacks any meaningful safeguards to protect the interests of people who will be in the most vulnerable of situations, and recommending that it should be opposed in its current form.

Gary FitzGerald, Chief Executive of AEA, said “While those supporting the Bill argue that there are safeguards included to prevent exploitation of people who may be vulnerable in such situations to coercion, our assessment is that these proposals are too weak to be effective. The proposed ‘independent witness’ could easily be someone who stands to benefit financially from the person’s death, while none of the proposed medical practitioners are required to be trained in assessing mental capacity, and the system fails to address coercion, undue influence or duress – which are all major factors in elder abuse.”

FitzGerald concluded “We do understand the strength of feeling by those who have witnessed drawn out and painful deaths by loved ones, or who may face similar situations themselves, but this Bill is not the way forward. It approaches this hugely challenging issue in a simplistic fashion and creates a major risk of abuse as a by-product.”