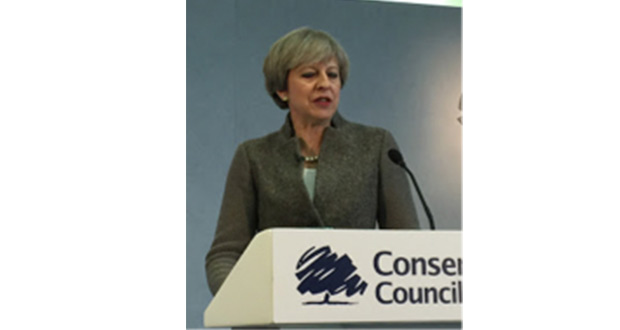 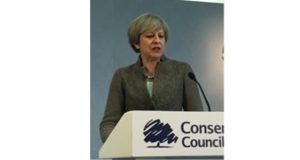 Prime Minister Theresa May announced today plans to allow EU citizens living in the UK to remain here as residents following Brexit designed to put their “anxiety to rest”.

Briefing MP’s in parliament on the outcome of Friday’s EU summit, Mrs May confirmed that all EU nationals lawfully resident for at least five years will be able to apply for “settled status” and to bring spouses and children, the BBC reports.

EU migrants who arrived after a date yet to be agreed will have two years to “regularise their status” but will not enjoy the same rights. The government has published a document summarising the UK’s offer to EU citizens.

May said she wanted to give reassurance and certainty to the 3.2 million EU citizens living in the UK – in addition to citizens of the three EEA countries and Switzerland – as they are an “integral part of the economic and cultural fabric” of the UK.

However, she wants any deal on their future legal status and rights to be reciprocal and also give certainty to the 1.2 million British expats living on the continent after the UK leaves the EU – expected to be on 29 March 2019.

This promise could prove difficult to keep, as EU countries, such as France and Spain, already have less advantageous conditions for British expats than offered to EU citizens living and working in the UK.

For instance, retired Brits are now facing the bleak prospect of paying for expensive health insurance or jumping on an Easyjet flight home every time they need treatment. This option could become closed to them if they are no longer resident in the UK.

The main points of the UK’s proposal to EU citizens are:

Those granted settled status, which is the same as ‘indefinite leave to remain’ (ILR) or permanent residence, will be “treated as if they were UK citizens for healthcare, benefits and pensions”.

Mrs May added that the process of application – currently an 85-page form – would be simplified and a “light touch” approach applied to EU citizens, although she did say that criminal record checks will still be carried out when pressed by opposition MP’s.

Non-EU citizens will continue to endure the ever-changing lengthy Home Office forms and increasing high fees in order to gain indefinite leave to remain in the UK.

“Under these plans, no EU citizen currently in the UK lawfully will be asked to leave at the point the UK leaves the EU,” Mrs May said.

The widely expected plan should be good news for migrants worried about their post-Brexit status in the UK. Since Britons voted to leave the EU last year there has been a sharp increase in applications for ILR and UK citizenship. It has been suggested that those who have already obtained ILR may still have to apply for settled status.

Croatian citizens are currently subject to a 7 year restriction – similar to those imposed on previous EU entrants Bulgaria and Romania – on working from the date Croatia joined the EU.

Despite fears that hundreds of thousands or European citizens living here would return home, most seem to have remained as they have already made their life in the UK either running businesses or holding down good jobs.