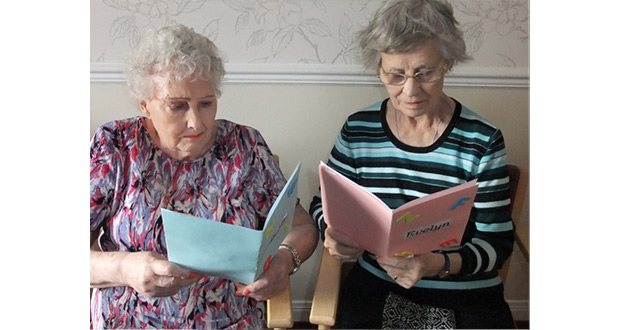 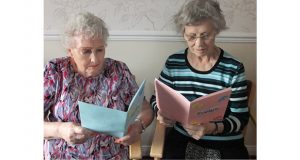 A MONK, an army truck and a cruise were among the plotlines to elderly care home residents’ lives – shared for National Storytelling Week.

The residents at Bannatyne Lodge Care Home, in Peterlee, County Durham, shared stories from their pasts to mark the event.

They created short books for others to read, with photos and words on some of their favourite memories.

Among them was 81-year-old Rose Ann Fenbow, a mother-of-two who grew up in Seaham.

She told fellow residents about the time she was on a night out with friends when she was younger and later driven home in an army truck.

Fellow resident 84-year-old Gladys Matthews, a mother of three who worked at the Bishop Auckland Town Hall, told the story of a trip to Durham with husband Chris.

They offered a lift to what they believed to be a student dressed as a monk for a university RAG week activity. They later found out the young man was an ordained monk called Peter.

Another resident, 82-year-old Joyce Lewis, recounted a cruise with husband Morris for their 50th wedding anniversary.

The mother-of-two from Wingate explained the various countries they visited and what they did there.

Lynn Chapman, home manager at Bannatyne Lodge Care Home, said: “National Storytelling Week is a great opportunity to get the residents talking about their pasts.

“Everyone enjoys reminiscing and it has a profound impact on the residents when they think about fond memories and share them with others.

“That’s what National Storytelling Week is all about – sharing life experiences, listening to others’ stories and recounting old times.”

This year is the 18th annual National Storytelling Week, promoted by The Society For Storytelling to encourage the old tradition of oral storytelling.