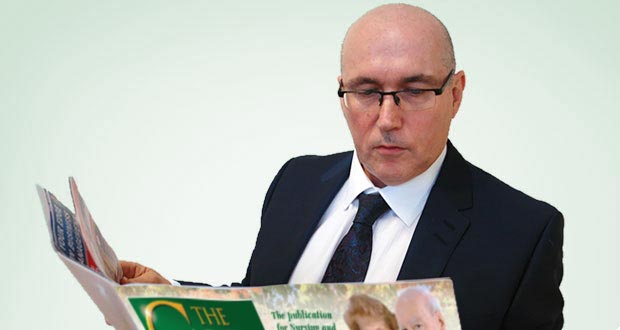 Editor's Viewpoint
November 24, 2016Editor's Viewpoint, Social Care
To say that the care industry is shocked that there was no reference to social care funding in the Chancellor’s Autumn statement would be an understatement!

This failure by the Chancellor to even acknowledge the concerns of industry leaders and local government is truly appalling. I think Mike Padgham of the independent care group put it better than anybody could when he said “This decision will mean more care home closures, fewer hours of homecare delivered and misery for people who deserve better. This is a missed opportunity and with social care and the NHS both at breaking point, it will be one that will have huge repercussions for the future.”.

It is difficult not to voice an opinion on this, all the national daily newspapers are highlighting the fact that six years of unprecedented cuts to Town Hall budgets have seen the number of people eligible for council-funded care fall by a quarter.

Last month following meetings with experts brought together by Public Finance and The Chartered Institute of Public Finance and Accountancy (CIPFA), as part of the Public Finance Perspectives series conclusions were drawn that “urgent and radical reforms will be needed to fund the health and social care systems”.

In Funding a Healthy Future, they highlighted the sector is facing increasing uncertainty due to Brexit and its implication for the health and social care budget, research capacity and employment prospects.

Social care was identified as among the most pressing concerns. However, severe funding pressure could lead to it reducing the services provided, which the experts said would have a knock-on effect on the health service.

The CIPFA called for independent commission to be formed to consider what options are available to balance demand and supply. And also called for the introduction of a so-called ‘golden ratio’ of 10%, which is the proportion of national gross domestic product that is ring-fenced for health and social care spending.

I think it is this last part of the CIPFA call, which I found very interesting: “This would reduce the unpredictability of politically-driven decisions on funding, and provide a logical benchmark for what the nation can afford to spend on the area.”

Previous Chancellor George Osborne got a few things wrong in some of his budgets, however he did reverse them, (remember the Pasty Tax?) and I very much hope that the present Chancellor will re-examine yesterday’s disappointing statement.