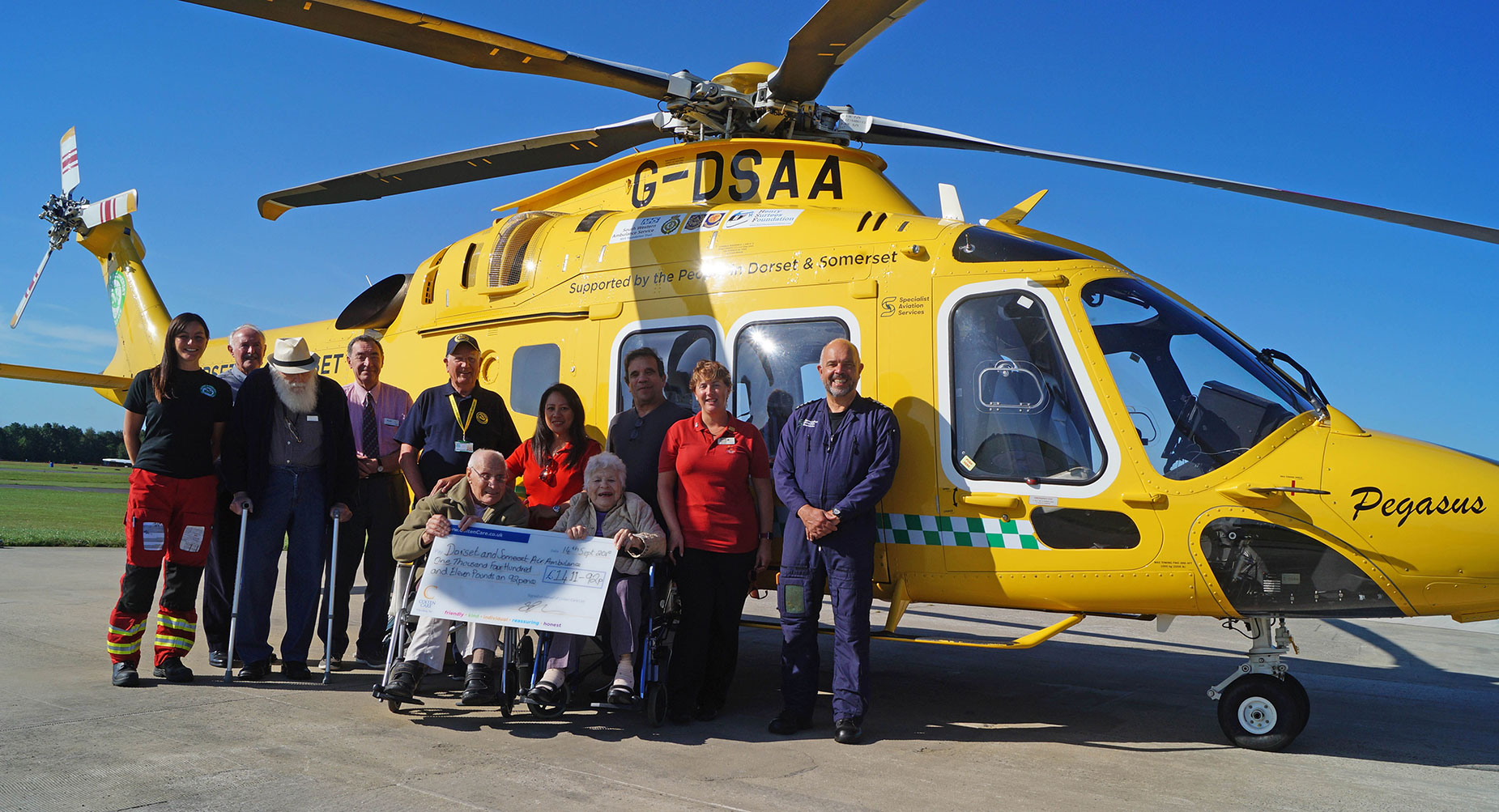 Bournemouth care home residents and staff made an 80-mile round trip to see first-hand the air ambulance helicopter they have supported through a year of fundraising activities.

An eight-strong party from Colten Care’s Avon Cliff visited the aircraft, called Pegasus, at its airbase near Henstridge on the Dorset-Somerset border.

After meeting pilots and seeing paramedics demonstrate emergency medical techniques on a body dummy, the group handed over a cheque for more than £1,400 collected at events held at the home.

Avon Cliff resident Janet Davis said: “The trip was a fantastic opportunity to learn something new, and a great day out.”

Sharon Surgeon, the home’s Companionship Team Leader, said: “The visit gave our residents an ideal chance to see directly how our fundraising helps the air ambulance.

“We enable residents to fundraise for charities they choose to support. We do this through the sales of gifts and other items they make in arts and craft sessions and by involving them in staging fetes, markets and other get-togethers at the home.

“It’s a lovely way for our residents to continue making a difference to good causes they support and to stay in touch with friends and contacts in the community.”

Named Pegasus after the winged horse of Greek mythology, the AgustaWestland helicopter is the central asset of the Dorset and Somerset Air Ambulance charity along with complementary on-the-ground support from a critical care car.

From Henstridge, Pegasus can be at any point in the two counties in less than 20 minutes, day or night, ready to transport a patient to the nearest major trauma centre.

Operational costs are more than £4 million a year, with the average cost of a mission around £3,000. Last year, the service responded to 1,394 incidents.

Leanne Colverson, Dorset Community Fundraising Officer, described Avon Cliff’s fundraising efforts as “fantastic”, adding: “We receive no direct government funding and so without generous donations such as this we would not exist.”