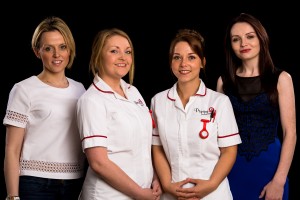 Claire Woodman, co-director of Poppy Nursing Services which provides nurses and care assistants to hospitals and care homes across the region, said the claim that staffing agencies “rip off the NHS” was a smokescreen for the real issue.

Instead she blamed Government cuts and chronic under-funding for creating heightened demand for emergency staff.

“This is a situation of supply and demand,” she said. “Hospitals need adequate staffing levels to ensure patient safety and right now there is a desperate shortage of staff in some NHS trusts and they have no choice but to fill those gaps to ensure that the level of care does not suffer.”

Her comments follow an announcement from Health Secretary Jeremy Hunt that he would cut down on the use of agency workers and cap the amount the NHS spends on filling staffing gaps after it was revealed the cost had spiraled to £3.3bn in three years.

But Claire said that while it was important agencies did not take advantage of the situation and charge astronomical sums, it was unfair to “tar all agencies with the same brush”.

“Mr Hunt is suggesting agencies are the problem here,” she said. “But in fact we are providing a solution to a problem that has been caused by lack of investment in training and budget cuts.”

Her views have been backed by some of the leading names in the medical industry.

Peter Carter, the chief executive and general secretary of the Royal College of Nursing, admitted that the NHS “can’t continue spending so much money on short-term staffing solutions” but added: “The health service needs to focus on the root cause of this problem, not just the symptoms.”

Mark Porter, British Medical Association (BMA) council chairman, said the reliance on agency staff was “a sign of stress on the system and the result of poor workforce planning by Government”.

And on social media, health service workers have accused Mr Hunt of failing to address the “real problem”.

The NHS staffing crisis was highlighted in the 2013 Francis report into care quality at the Mid Staffordshire NHS Foundation Trust.

It found that 90 per cent of nursing staff in the UK do not think staffing levels are always adequate to provide safe patient care.

Claire said patients had to come “first and foremost” in any decision-making and rejected Mr Hunt’s suggestion that a cap should be placed on total agency spending for certain trusts.

“We have worked with one hospital which was in special measures due to poor staffing levels and has only managed to turn this around with the help of outside support,” she said.

“Thanks to agencies like ours they are now one of the best staffed in the country which has improved moral, reduced the number of complaints and increased patient satisfaction.”

She said the NHS should work with reputable nursing agencies like Poppy, based in Ipswich, which would offer “value for money without charging over the odds”.

“The NHS is short-staffed and they need to address that,” she said. “But while they look for a long-term answer they need a short-term solution which is precisely what agencies like ours can provide.

“Patients should not be made to suffer because there are not enough nurses to go round and we certainly should not be demonised for the role we play in ensuring care in our hospitals is second to none.”