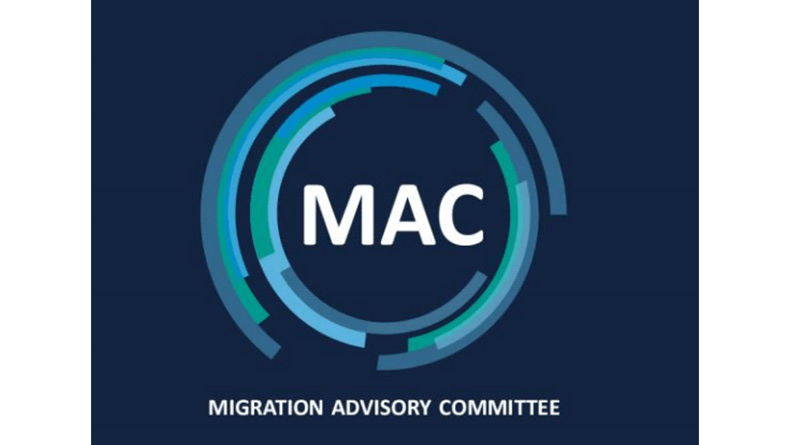 A social care leader has warned that care homes and home care agencies in Wales will be put out of business as a result of the new immigration rules announced by the Government.

Mario Kreft MBE, the chair of Care Forum Wales, has called on Home Secretary Priti Patel not to “close the door” on overseas workers at a time when the sector was already suffering because of a major recruitment crisis.

The new system – set to come into force in January 2021 – will aim to end visas for low-skilled workers and cut the overall number of migrants coming to the UK.

It will award points to applicants based on specific skills, qualifications, salaries, English speaking ability and professions, with overseas workers – including those from the EU – required to have the offer of a skilled job with an “approved sponsor” to come here.

The Government is also backing a recommendation from the Migration Advisory Committee (MAC) to lower the salary threshold for skilled workers wanting to come to the UK from £30,000 to £25,600.

But Priti Patel is facing calls to grant special exemptions for those working in the social care sector in a bid to stave off staff shortages.

According to Mr Kreft, care homes, nursing homes and home care agencies in North Wales are facing a massive crisis with an estimated shortfall of 7,000 staff by the year 2026.

The new immigration rules would, he said, exacerbate the  severe shortage of nurses and carers.

It would lead to loss of nursing home beds and the closure of care homes at a time when the number of over-85s in Wales is expected to more than double in the next 20 years.

Mr Kreft said: “This is something we have been warning about for a long time because it is clear that these proposals will have dire consequences for the social care sector and, more importantly, for the vulnerable people we look after.

“In recent years we have seen homes closing across Wales because their fragile finances just did not stack up because social care remains chronically underfunded despite it being such an important service.

“On top of that we are having to contend with a debilitating recruitment crisis which will be even worse unless the Government have a change of heart in relation to social care.

“The way fees are calculated means that it is possible to earn more stacking shelves in a supermarket than it is to provide social care for our loved ones.

“We need to explode the myth that social care staff are low skilled – that’s not true. They are just lower paid and that’s not fair.

“The new rules just do not make sense when you apply them to social care.

“One unintended consequence will be that it will place even more pressure on an already creaking NHS.

“Our social care providers currently underpin the provision in our hospitals but if more care homes, nursing homes and home care companies are forced out of business, alternative provision will have to be made for them.

“In that case it’s s highly likely that these vulnerable people will end up in hospital when that is probably the worst possible place for them to be, leading to even more bed blocking.

“This change in immigration policy means that the social care sector will have to improve pay levels significantly to attract the home-grown staff needed.

“That would require more money to be injected into social care as a matter of urgency. Nobody has said where that extra money would come from.

“Putting responsibility on the providers to sort out a mess of the Government’s making is irresponsible. This is a disaster waiting to happen.”