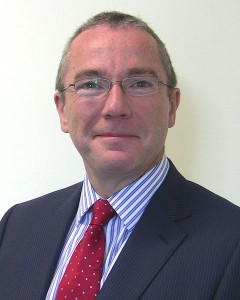 This landmark meeting brought together senior representatives from 80 countries plus a number of clinical experts, researchers, 80 philanthropic foundations, 45 non-governmental organisations and four UN Agencies to discuss and debate the global challenge posed by dementia.

The primary aim was to increase awareness of the global burden of dementia – which currently affects more than 47 million people worldwide with the number expected to triple by 2050 – and that by placing it centre stage on the global public health agenda, the implications of the burden can be addressed.

The specific objectives were to highlight evidence relating to the global burden and impact of dementia and encourage governments worldwide to take action to prevent dementia and improve care services based on current scientific knowledge, available evidence and global experience.

It highlights the need to discuss assessing dementia care and monitoring progress while also identifying cures or disease-modifying therapies for dementia.

It further emphasises the need for increased investment in research, while also reviewing global actions undertaken between 2011 and 2014. It urges exploring possibilities of supporting global cooperation and to move from commitment to action, in coordination with all stakeholders.

Day one of the conference consisted of presentations with global information about dementia , including a session that I chaired about treatment, research, risk reduction and care.

Nearly 60 per cent of people with dementia live in low and middle-income countries, and this proportion is expected to increase rapidly during the next decade.

Day two was about living well with dementia, improving awareness and consolidating global action on dementia.

Margaret Chan the director-general of WHO was instrumental in supporting this unique event which made a declaration with the driving principles of empowering and engaging the full and active participation of people living with dementia, their caregivers and families, as well as overcoming stigma and discrimination.

It aims to foster collaboration between all stakeholders to improve prevention and cure, while also incorporating the aspects of dementia prevention, care and rehabilitation in policies related to ageing, disability and non-communicable diseases, including mental health.

It further pledges to build on and utilise existing expertise, collaborative arrangements and mechanisms to maximise impact, while also  balancing prevention, risk reduction, care and cure so that while efforts are directed towards finding effective treatments and practices and risk reduction interventions, continuous improvements are made on care for people living with dementia and support for their caregivers.

It further advocates an evidence-based approach and shared learning, allowing advances in open research and data sharing to be available to facilitate faster learning and action, while also emphasising that policies, plans, programmes, interventions and actions are sensitive to the needs, expectations and human rights of people living with dementia and their carers.

It also embraces the importance of universal health coverage and an equity-based approach in all aspects of dementia efforts, including facilitation of equitable access to health and social care for people living with dementia and their carers.

The main points in the declaration were: