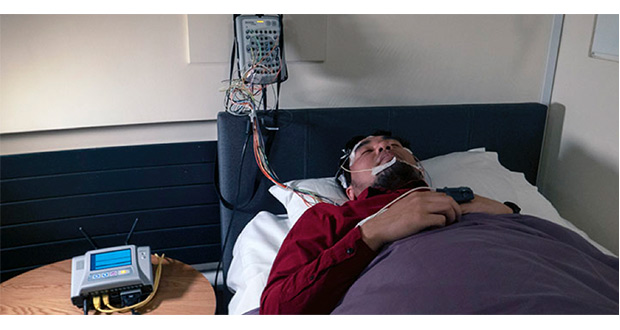 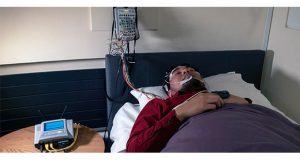 Scientists at the University of East Anglia are conducting a study to determine a link between sleep and dementia at a new state-of-the-art sleep unit which opened last week.

Sleep disturbances are common in dementia. But it is not yet known whether Alzheimer’s causes sleep problems, or whether sleep problems could be an early predictor of the disease.

The research team hope that treating sleep disturbances early on could help slow down the progression of the disease – particularly as there are no other treatments available which do this.

The first study to take place in the unit will investigate whether healthy people who are at increased genetic risk of developing Alzheimer’s could be more vulnerable to sleep loss and how their body clock is affected.

Volunteers spending a night in the unit can expect to stay in a modern hotel-like en-suite room.

But instead of a relaxing break – their every move will be overlooked by a team of sleep specialists. They will also be hooked up to sensors measuring brain activity and take part in thinking, memory, balance, co-ordination, and attention tests throughout their stay.

“A symptom of Alzheimer’s is poor sleep. Good sleep is central to maintaining cognitive performance – such as attention and memory as well as general brain health.

“Sleep deficits have been shown to be early markers in certain brain disorders.

“Recent evidence suggest that sleep could be actively involved in the disease process. Trying to identify the cause of early sleep problems in people who have been recently diagnosed or who have genetic predispositions towards Alzheimer’s and the impact of these sleep problems on the brain will help us determine whether improving sleep could potentially slow down the disease process.

“In this first study, we will look at healthy people who may, or may not, have an increased genetic risk of developing Alzheimer’s disease in the future.

“Volunteers will undertake a screening process, including genetic and psychological testing, wearing a small wrist-worn device to measure sleep and activity at home, and keeping a sleep diary.

“They will then take part in a three-night lab session under one of two conditions –including one night complete sleep deprivation, or taking multiple short naps.

“It may sound gruelling, but we hope it will help us understand more about the links between sleep, the body clock and the genetic risk of Alzheimer’s disease. This will help design future studies investigating specific sleep related interventions that could potentially slow down the progression of the disease.”