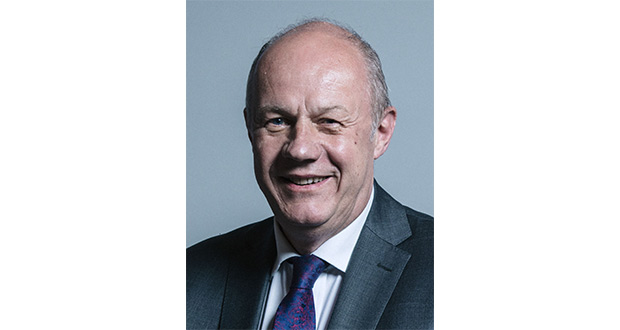 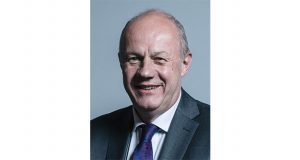 People over the age of 50 should be forced to pay at least £300-a-year more in National Insurance contributions to help solve Britain’s “pressing” social care funding crisis.

He said he wants the care system to adopt the model of the state pension with everyone entitled to a basic “safety net” of support.

In a new report for the Centre for Policy Studies, Green who as First Secretary of State commissioned the Government’s social care green paper – puts forward a “bold and comprehensive proposal” to secure the future of social care.

‘Fixing the Care Crisis’ argues that the current system is financially and politically unsustainable, opaque, unfair, and actively discourages local councils from investing in social care and housing for older people.

With the number of over-75s set to double from the current level of 5.3 million in the next 40 years, the need to address this problem is – as the King’s Fund warned only days ago – moving from urgent to critical.

The paper sets out that any reform of social care needs to:

It argues that the care system should adopt the model of the state pension – with the Government providing enough support for a decent standard of care via a new Universal Care Entitlement, while encouraging and incentivising people to top up this provision from their savings or housing wealth via a Care Supplement.

The result of this is a sustainable system likely to be supported both in Westminster and beyond – not least because it protects councils from the soaring costs of care. It also fixes the warped incentives introduced by the reforms of the 1990s, which by handing councils responsibility for care costs led to new care home provision stagnating.

‘Fixing the Care Crisis’ demonstrates that the Care Supplement will be affordable and attractive to millions of those reaching retirement age, ensuring a steady flow of private wealth into the care home system.

It also suggests a range of methods to fill the immediate funding gap in the social care system, estimated at approximately £2.75 billion. These include, in decreasing order of preference:

Responding to a report by the Centre for Policy Studies putting forward proposals to secure the future of social care, Cllr Ian Hudspeth, Chairman of the Local Government Association’s Community Wellbeing Board, said:

“This report is another important contribution to the debate around how we tackle the crisis in adult social care and we look forward to seeing the Government’s green paper deliver similarly concrete ideas.

“The LGA took action and launched its own cross-party adult social care green paper to start the desperately-needed debate around the future of care.

“It is now incumbent upon national politicians of all colours to cooperate and be part of a wider movement for change in the national interest.

“Social care and wider council services provide vital support every day to support people in the lives they want to live. But with people living longer and more people with disabilities needing support, increases in costs and decreases in funding, the current system of adult social care is at breaking point, and faces a £3.5 billion funding gap by 2025 just to maintain existing levels of provision.

“It is absolutely vital the Government uses the social care green paper and forthcoming Spending Review to set out how it plans to tackle this crisis and ensure that there is a sustainable funding solution that can deliver the prevention, care and support that people need.”