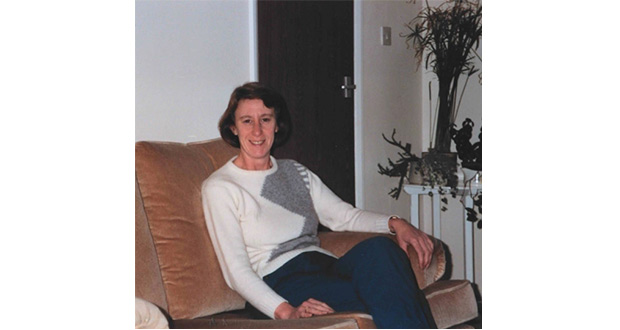 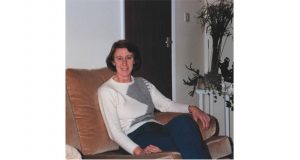 A former information technology manager who died with early-onset Alzheimer’s disease has left more than £80,000 in her Will to dementia research.

Sheila McCree, who was diagnosed with Alzheimer’s disease in her early 60s and died last year aged 72, left £82,699 to Alzheimer’s Research UK.

Sheila, from Chesterfield, enjoyed a successful career in IT project management and training, having been a pioneer when computer systems were introduced in businesses in the late 1970s.

Sheila was born and grew up in Sunderland and was the youngest of four children.

She completed a degree in sociology at Sheffield University in 1967 and her first job was with Dunlopillo in Harrogate working in market research. In the late 1970s she was given responsibility for reorganising the sales department to make efficient use of new computer systems. As part of this she learned to programme computers herself.

In 1981 she joined construction company Henry Boot becoming a key member of the team that successfully rolled out computer systems in 14 divisions across the world.

She went on to work for engineering company Dresser Holmes in Huddersfield; Workshop 6, a Sheffield-based charity providing work training to the long-term unemployed; and the Barnsley and Doncaster Training and Enterprise Council before taking early retirement in 2001.

Outside of work Sheila was a keen walker and led walks for the Harrogate and Chesterfield groups of the Ramblers Association. She was a great music lover and sang with the Harrogate Choral Society and the Chesterfield Philharmonic Choir. She also enjoyed yoga, DIY, gardening and spending time with her sister and niece.

She travelled widely, with her more memorable adventures including Machu Picchu and the Trans-Siberian Railway as well as trips to South Africa, China and Australia.

“Sheila was a very special person. She enjoyed her family and her varied social life, had a successful career and was much loved by those who knew her.”

“We are so grateful to Sheila for leaving us a gift in her Will.

“The generosity shown by Sheila and others like her makes one in three of our pioneering research projects possible. Therefore, her gift is incredibly important in our mission to help scientists discover new treatments and find ways of tackling the diseases that cause dementia.

“Gifts in Wills are crucial in helping us make life-changing breakthroughs for people with dementia and helping to protect our children, grandchildren and future generations from the fear and heartbreak of dementia.”

For more information about creating your own Will or pledging to leave a gift to Alzheimer’s Research UK visit http://www.alzheimersresearchuk.org/support-us/donate/leave-a-gift-in-your-will/