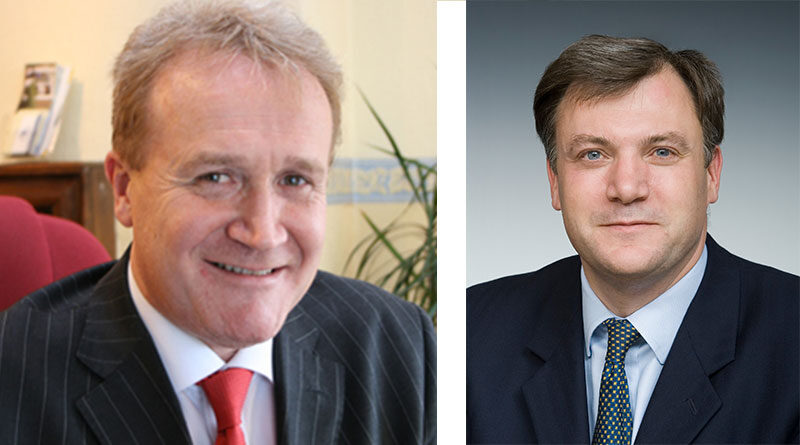 A care provider, whose homes appear in a new TV documentary on the crisis in social care, has challenged the Government to debate the issues raised in it.

The first episode of Inside the Care Crisis with Ed Balls will be broadcast on Monday evening.

Now Mike Padgham, whose Scarborough homes appear in the two-part documentary, has invited both Health Secretary Sajid Javid and Social Care Minister Gillian Keegan to meet and thrash out the issues shown.

“The documentary exposed a social care system in meltdown but now we need to hear what the Government intends to do to address the crisis,” said Mr Padgham, Managing Director of Saint Cecilia’s Care Group.

He is hosting an event to mark the documentary, which will include excerpts from both programmes and a question-and-answer session with presenter Ed Balls and the production team. He has invited the Secretary of State and Minister to attend, on 3 December.

Mr Padgham allowed a crew into his nursing and care homes in Scarborough as part of the two-part BBC Two documentary on the challenges facing the social care sector.

He hopes the programmes will prompt the Government to tackle the under-funding and staffing crisis in the care of our oldest and most vulnerable.

“The result is an unflinching, two-part documentary that shows, warts and all the challenges facing social care at the moment,” Mr Padgham added.

“But we have to move forward and tackle the very real challenges that social care faces. As providers we have many ideas and suggestions and need the Government to listen and take action.

“By inviting the Secretary of State and Minister to the screening event we hope to open constructive dialogue, offer solutions and discuss the many issues that the two programmes show.

“To begin with we want to see the Government delay the introduction of compulsory vaccinations for care staff until April as they have done for NHS staff.”

The crew filmed in Saint Cecilia’s Nursing Home and Saint Cecilia’s Care Home in Scarborough in the midst of Covid-19 restrictions during the summer to provide an in-depth and “immersive” view of the current state of social care.

“Above all, I think the documentary, over its two parts, poses the question: what value do we place on the care of our oldest and most vulnerable? Mr Padgham said.

“It challenges the Government over what it plans for social care and we hope it sparks it into taking action.

“I am grateful to our residents, their relatives and our staff for agreeing to take part in the documentary. Doing things like this does bring with it risk but we wanted to show the blood, sweat and tears that is shed to provide care in 2021,” he added.

“We did so to show people a snapshot of the situation. We were very careful; everyone gave consent and all the crew were tested and wore full PPE.

“Care providers are working extremely hard to provide the best possible care in a sector that has seen more than £8bn cut from funding since 2010. Some 1.5m people are living without the care they need and we have 120,000 staff vacancies across the country. Things are only going to get worse.

“The staffing crisis has been exacerbated by Brexit robbing the sector of overseas job applicants and people finding other, less stressful and better paid work elsewhere.

“The million people receiving care at home and in residential homes, the 1.5m who can’t get the care they need and our amazing staff all deserve better.

“If this documentary can help get the crisis in social care higher up the political agenda and bring about some positive change, it will have been well worth it.”