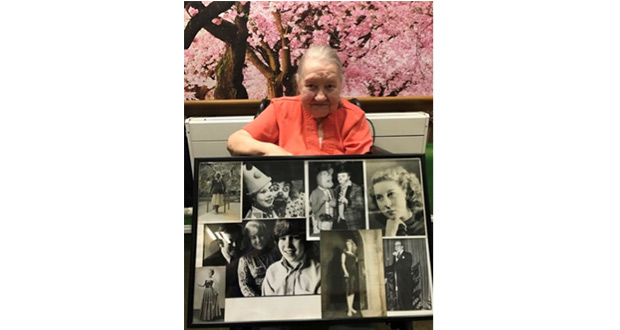 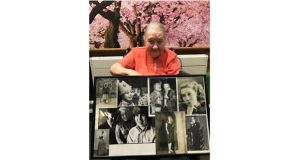 A care home in Weybridge is celebrating the showbiz life of one of its residents, Desrie Higgs, with a trio of music and performance-themed events.

The team at Norfolk House in Weybridge, Surrey kicked off celebrations with a visit from the Movie Time Experience, where an old-fashioned projector delighted residents as it broadcast snippets of old films and news events.

Continuing the celebration, the local community are invited to join residents 6 September for a special visit from Troubadour Productions. The entertainment specialists will perform a nostalgic music show designed especially for older people, with sing-a-long songs, costume changes, humour and dance. Finally, on 13 September, a visit from well-known soprano Jane Cuva has been organised in Desrie’s honour.

Sabu Prothasis, home manager at Norfolk House, said: “Desrie joined the home two years ago and it has been an absolute joy hearing all about the fantastic experiences throughout her life. She is a pleasure to have around and we all enjoy hearing her singing – it really lifts everyone’s spirits. Desrie had such a lovely afternoon reminiscing over old movie clips which brought back the times that she most loved.

“We wanted to arrange a schedule of events to celebrate Desrie’s showbiz life, introducing an element of nostalgia and allowing residents and friends to reminisce about days gone by. There is definitely a buzz around the home as everyone anticipates the exciting events still to come. Desrie still loves singing the songs she used to perform on stage – it’s lovely to see her enjoying the music so much and helping her to continue the hobbies she loves”

Desrie Higgs was born in 1926 in Abersychan, Wales, and completed her Associated Board of the Royal Academy and Royal College of Music theory exam at Newport Technology College. As a model student, she passed with maximum possible marks, demonstrating her natural flair and passion for music and performance.

Building a name for herself as a highly talented and versatile performer, Desrie later toured as an assistant to The Great Levente, an Australian Illusionist of great repute. She performed in the magical revue “Hows Tricks” world tour, where she assisted with magical illusions – the secrets of which she still holds.

She later toured in revue with the Royal Command comedian Johnny Lockwood and socialized in a circle of well-known performers, including Harry Secombe and Des O’Connor, who played alongside her as Buttons in Cinderella.

Desrie was known to the press as the ‘Welsh Nightingale’. Although Christened as Desrie Higgs, she appeared as Desrie Freeman for a short time, before adopting the stage name Susan Scott. To this day, Desire is known to many people as Sue.

It was during her time treading the boards that Desrie met her late husband, Andrew Allen, who was a comedian and stage manager doing the rounds with Morecambe and Wise. In later years, Desrie taught students to sing at the Professional Children’s Stage School in Teddingtone, as well as in schools and various private lessons. She also became an active member of the Women’s Institute, becoming particularly involved with Molehurst Ladies.