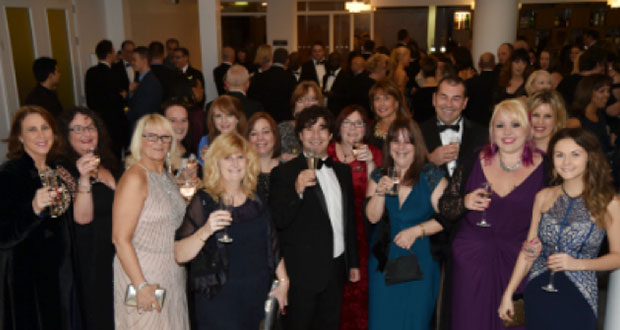 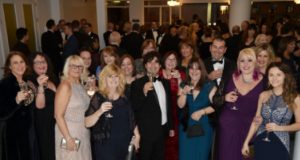 Colleagues at more than 100 Care UK homes competed nationally in the annual Residential Care Services Stars Awards which recognise and reward excellence among the company’s 7,500 employees.

A total of 19 individual and team awards were presented during the ceremony which included announcing the winner of the Care UK Chef of the Year competition.

Mountfitchet House in Essex won the highly coveted Home of the Year Award after the team was nominated for its outstanding performance across all areas of care. The panel of judges unanimously agreed that the team consistently delivers excellent care and strives to continuously improve the wellbeing of residents. This commitment also resulted in an ‘outstanding’ rating for being caring by the Care Quality Commission.

Allison Squires, home manager at Mountfitchet House, said: “We are thrilled to have won the Home of the Year Award. It was a truly inspirational evening and brilliant to hear about the compassion and dedication of team members, as well as the positive impact this has had on residents, which enables them to live fulfilled lives. Since we opened in 2014, everyone has worked incredibly hard to create a comfortable and homely environment for residents. I’m so proud of the whole team for their hard work and commitment.”

Sarah Evans, home manager at Station House in Crewe, was presented with the Outstanding Leadership Award. The panel of judges found Sarah leads by example and encourages her team to develop their skills and knowledge to help them provide the best care they can. This has been reinforced by a second success at these awards, with Rose Billington winning the Housekeeper of the Year Award.

The team at Mildenhall Lodge in Suffolk celebrated after Kayleigh Stokes won the Carer of the Year Award. Kayleigh was nominated for the hugely positive impact she has had on residents and the team at the home since joining earlier this year. Kayleigh was commended for her friendly and professional attitude, as well as being praised for being highly competent and an all-round excellent carer.

Also in Suffolk, Cleves Place in Haverhill scooped the Great Dementia Care Award, with its team praised for enhancing residents’ wellbeing and taking a creative approach to person-centred care. The judges praised the high level of care at Cleves Place, commenting that this has led to the enhanced wellbeing of residents, with impressive outcomes for people living with dementia. The team was also praised for its expertise and commitment to activity-based care.

The team at Appleby House in Epsom also celebrated after colleague Jacqui Dye won the Activity Co-ordinator of the Year Award. Jacqui was nominated for her passion and enthusiasm for the home and her hard work in making it a hive of activity. The panel of judges found that Jacqui is always thinking of fun new ideas for residents and has gone the extra mile to train as an Oomph instructor, which means she can host regular exercise classes at the home.

And finally, Priors House chef, Nikolina Dimitrova, scooped the Chef of the Year accolade after beating off tough competition from three other finalists in a cook off held at Unilever’s professional kitchens.

Nikolina said: “I’m thrilled to have won Care UK’s Chef of the Year competition. The level of skill and creativity from the other chefs was really high. I’m really pleased to have been recognised for my ability to create food residents enjoy, and for the high standard of cooking on offer at Priors House. I thoroughly enjoy my job and find it very rewarding, particularly when residents with smaller appetites enjoy the meals I prepare.”