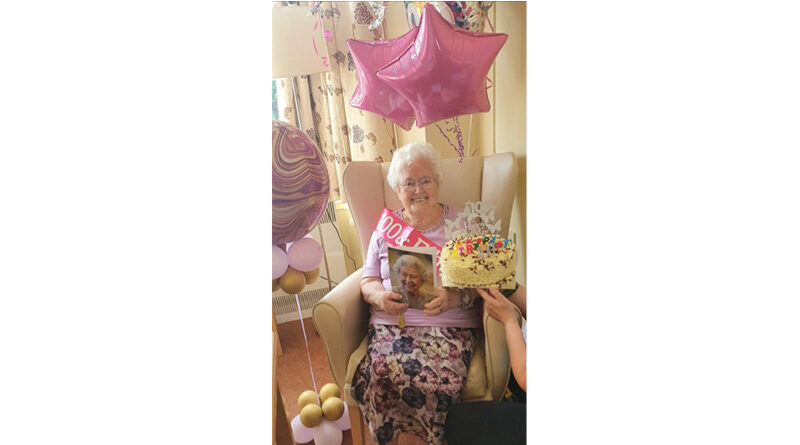 A Southport Great Grandmother who served her country during World War Two has been showered with kindness as she celebrated her 100 birthday today. Connell Court resident Agnes Kelly celebrated her 100th Birthday on 27th May 2021.

As a surprise for the day, Agnes’s daughter Margaret McMullen posted on Facebook requesting 100 cards for mum’s birthday. With 160 shares so far, more than 400 cards have been received from all over the world!

Margaret , Agnes daughter ‘’We asked for cards to be sent to make the day special as due to Covid we aren’t allowed to celebrate in any great numbers. I would like to say a huge thank you to all who sent a card or a letter from near and far including New Zealand, Australia, Switzerland, Gibraltar, The Isle of Man, Kenya, USA, Canada and elsewhere. It was most appreciated, and it restores my faith in humanity. The kindness in strangers indeed’’

On 27th May, 1921, Agnes was born in Liverpool and was the eldest of four. Sadly, she is the only surviving sibling. Left school at 14. Worked in a variety of places the main one being Freeman’s, Wavertree Rd, Edge Hill.

During the war she was a teleprinter in the ATS. Her postings were wide including Bournemouth, Howarth, Chester and finally the Cotton Exchange in Liverpool.

Agnes met her husband, Edward Kelly, at a tea dance at St Dunstan’s in Liverpool. He was Scottish but they lived in Liverpool before moving to Ainsdale 35 yrs ago. Married for 63 yrs before he died in 2012.

The latest great grand children were born during lockdowns and are named for their grandchildren grandparents. Little Agnes lives in London, little Edward(Ted) is in Ainsdale. Covid restrictions mean she hasn’t been able to give them a cuddle for over a year!

Agnes celebrated her milestone birthday with a family visit at Connell Court, along with an outdoor visit to Rose Tea Rooms in the afternoon.

Home manager , Anna Harvey said: ‘Agnes is a ray of sunshine at Connell Court, she is always smiling and cheerful.