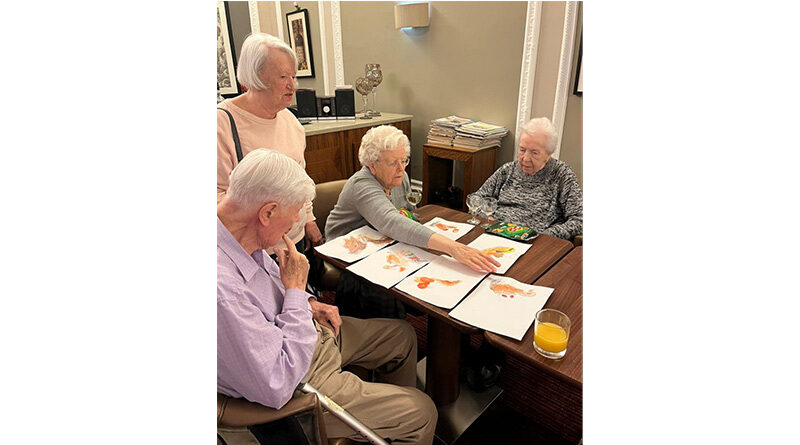 Staff and residents at Barchester’s Southgate Beaumont care home in Southgate got up close and personal with some furry friends when they celebrated Squirrel Appreciation Day on 21st January.

Squirrel Appreciation Day is an annual nationwide event raising awareness of the plight of the native red squirrel population, which is in sharp decline. The aim of the event is to inspire people to take action for wildlife. The cold winter months are especially tough for animals and birds; as temperatures drop and food becomes scarce, wildlife such as squirrels need a little extra help.

Residents had a brilliant time learning about red squirrels and conservation efforts to try to restore the red squirrel population and putting out food for the squirrels. St Andrew’s C of E Primary School in Southgate also got involved by sending in an array of beautiful paintings for the residents to judge as part of a competition to highlight the plight of red squirrels.

General Manager, Beatrice Godfrey said: “Our residents love to watch all the animals and birds in the garden so these activities were right up their street.  It’s important to look after our wildlife at this time of year when the ground is so hard.  No one wants to think of any of the local wildlife going hungry.”

Zoe Grindley, Life enrichment team “The paintings St Andrew’s primary in Southgate sent in were so adorable. Residents really enjoyed looking at them. They were all winners in our eyes so we will be sending treats to all those who took part.”

Shirley Harmer a resident said: “I love to watch the squirrels in the garden performing their acrobatics.  They are really cheeky and eat the food we put out for the birds but I don’t mind, I think they are really cute.  It has been very interesting finding out more about squirrels and the children’s paintings were so lovely.”