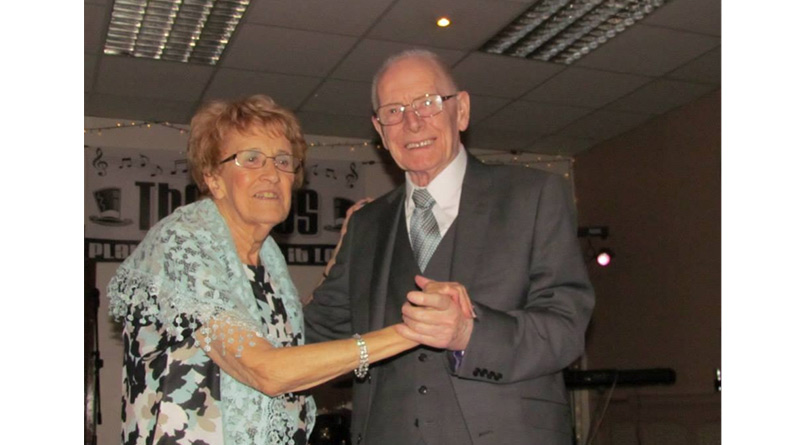 The family of a former army medic who was rushed into hospital with Covid-19 symptoms say they feel blessed after he beat the virus.

Eddie Moss, 88, used to work for the Wigan Post at Martland Mill, before retiring, but enjoyed a varied career, including being a postman and railway fireman for British Rail at Wigan. He spent 10 days in the Standish Ward at Wigan Infirmary after being admitted with a cough and slight confusion, which is common in older patients, and his positive story of survival has been hailed as a beacon of hope since his discharge from hospital on Monday.

The octogenarian, who grew up in Scholes with his sister Phyllis, spent most of his life living in Leigh, but after a progressive nerve condition seriously affected his mobility, he moved into the Ash Tree House care home in Hindley, where families of the residents recently attended a surprise Clap For Carers to thank the staff.

The great grandad has been unable to see his daughter, son and grandchildren, for the last eight weeks, due to lockdown rules, and was unable to communicate with loved ones while he was being treated.

The plucky pensioner, nicknamed ‘Eddie the Eagle’ by care staff, had already been through a difficult 12 months after developing health problems and losing his wife of 64 years, Hilda, in June.
Today, his relieved family said they were proud of how brave Eddie had been.

They praised the “caring” staff at Ash Tree House who are continuing to look after him as he recovers from the virus, and are hoping to see Eddie on a video chat from the home as soon as he is up to it.
Daughter Jan Beaumont, who performs with local band The Hats, said: “Dad is our world, he’s been through so much in the last year and we really worried about whether he would have the strength to fight off the virus. But once again he has shown his fighting spirit. We are so proud of him.”

Granddaughter Stef Hall, from Atherton, added: “We’re a very close family and in normal circumstances Grandad would have had his family at his bedside. It was very difficult not to be able to see him during this time, especially for my children Calum and Poppy who are very close to him – and potentially not knowing whether we would see him again.

“It’s heart-breaking that so many other families have lost loved ones and have not been able to be with them in their final moments and we were terrified we would face the same situation.
But we should have learned by now not to underestimate him, he is a fighter!

“We can’t describe how blessed we feel that he is recovering, and even though we still can’t visit him, we know he is safe and well looked after by Ash Tree’s staff.”

Eddie, who has lived at Ash Tree House since July 2019 is pleased to be home.  He said, ‘I am recovering and very happy to be back here.  I’m just glad to see you all!’.

Home Manager, Chris Durnan, said, “I can’t put into words how happy we are to have ‘Steady’ (Eddie) back at Ash Tree House. He is a big character in the home and we are very glad to be able to help him get back on his feet and enjoying doing the things he loves around the home such as singing and bingo!’.

Chris adds, ‘I hope his return has given everyone the reassurance that this can be beaten.”