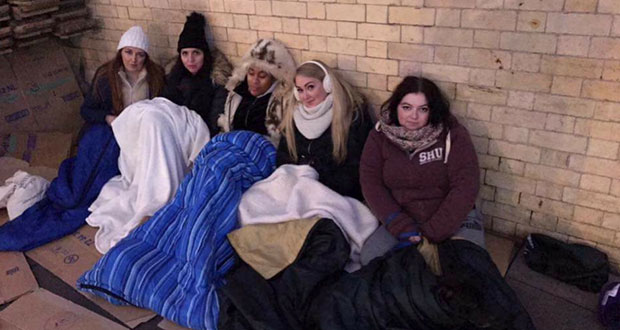 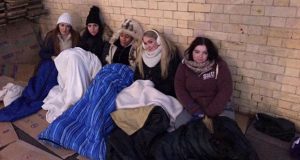 A care home manager has spent a night sleeping rough in Preston town centre as part of a move to raise awareness and money for the homeless as we enter the coldest season of the year.

Kim Horton, General Manager at Barchester’s Sherwood Court Care Home joined a group of 5 local people on Friday 2nd December sleeping on the streets of Preston to fundraise. She took Barchy Bear along with her too, the mascot for Barchester’s Charitable Foundation (photo attached).

The idea for the ‘sponsored all-nighter’ came from Kim’s friend, Stephanie Jones, also from Preston, who wanted to do more to help the homeless and to break the stigma surrounding the issue.

So far the group of local men and women who took part have raised over £600, which will be spent on essential items, such as sleeping bags, jumpers and socks to give away. Any remaining money or items will be donated to the Foxton Centre in Preston to be distributed by the charity.

Residents of Sherwood Court Care Home and their relatives have shown huge support for the cause, donating generously and giving food, helping Kim to raise £130 and a large hamper of food.

Kim Horton said: “This experience was very humbling and made me appreciate how lucky I am to be able to come home to a warm bed. We are all so pleased with the support and sponsorship we received and the money raised will be used to support those in need at this very difficult and cold time of year.”

If anyone would like to donate money to be used to buy essential items for people living on the streets in Preston this Christmas, you can do so here: https://www.justgiving.com/crowdfunding/stephanie-jones-33