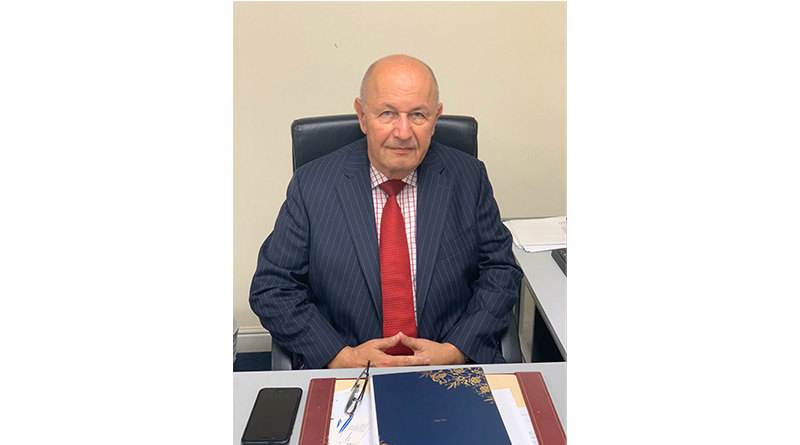 A care home owner mourning the loss of  19 residents to Covid-19 is suffering financial losses of £15,000 a week  and fears many care homes will not survive.

Brian Rosenberg, who owns Tregwilym Lodge Nursing and Residential Home in Rogerstone, Newport, is backing calls from Care Forum Wales for a public inquiry into the Welsh Government’s handling of the pandemic and says an urgent national plan is needed to ensure the future survival of the sector.

Mr Rosenberg, who has owned Tregwilym since 1985, said the home had lost at least 19 residents to the disease – 12 over the  Easter period. Many of these remain unconfirmed cases as staff could only arrange testing for seven residents – one of the tests was lost and the result never back.

Meanwhile, staff absence also soared as 15 staff tested positive or showed symptoms while 14 others were unable to work because they were pregnant, had health issues of their own or had a member of the family who was shielding while one member of staff had been unable to return from Ghana.

On top of the huge emotional toll of the losses on staff, the 74-bed home is also grappling with £15,000 losses per week from having 20 vacancies and spiralling staff and PPE expenditure. Two months into the crisis, it has yet to receive any additional funding to cover the extra costs although a payment was expected soon.

“It’s appalling – the staff have suffered badly. It’s even worse when you have got undertakers so overwhelmed with work they are slow to remove people.

“I feel deeply sorry for the relatives. How horrible to know your next of kin has passed away and you cannot even be there in their last moments.

“This is not like any other business. Care homes run around the clock, it’s a 365-day service, and you’re dealing with human beings and lives.

“I take the responsibility very, very seriously. These people are in my charge.

“The complete mishandling of the situation amazes me. A pandemic of this nature is very difficult for businesses to absorb and survive. There are a lot of care homes which are very close to going bust. That’s a fact.

“I’ve always run my business on the basis of preparing for a rainy day. Fortunately, I have a strong management team in there and they were able to cope better than a lot of people because they are highly skilled at what they do.

“As a businessman in other sectors too, I would say the care home structure is pathetic in terms of the way it is funded, controlled and regulated.

“The people who are controlling the way care homes operate don’t have a clue.”

The home, which employs 110 staff, closed its doors to visitors on March 14 and saw its first case of Covid-19 around a week later. From then, it spread quickly and staff implemented isolation strategies.

“The worst time for us was at Easter and you just can’t describe it,” explained Mr Rosenberg. I think in the space of just over a  week we lost 12 people. During this period, we were also losing staff to sickness and agencies refused to supply replacements because we were considered too high-risk.

“We cannot say categorically it came from hospital. In all fairness, we have 110 staff and they are coming in and out of the home. The testing just wasn’t in place.  We were relying on the fact that they were showing symptoms.”

Mr Rosenberg is supporting the call from Care Forum Wales for a public inquiry into the management of the crisis including the lack of testing in the beginning, the inaccessibility and cost of PPE and the absence of financial support to safeguard the sector.

“Someone has to take responsibility for the failings,” he said.

“There’s an old saying that you should judge a country by the way in which it treats its elderly. I don’t think we come up with a very good score.

“I cannot think of any area in the country that has the public funding that’s sufficient to operate these care homes and show a return that makes it a sensible business.

“In a nutshell, the way in which it’s currently run through local authorities is bloated, wasteful and fragmented.

“This country needs a viable care sector but that’s not going to happen unless we start changing the way care homes are funded and operated. There’s aspiration to raise standards but there’s no aspiration to fund the costs that go with that.

“Our local Aneurin Bevan University Health Board has been superb but at the end of the day they are hamstrung because of the attitude of the Welsh Government.”

According to Care Forum Wales, care homes are being hit by a double whammy of soaring costs and falling occupancy levels.

Chair Mario Kreft MBE said: “This is a crisis that cannot be brushed under the carpet. Without a national plan to protect the future of our care homes and domiciliary providers, the sector will undoubtedly collapse and then our NHS really will be overwhelmed.

“We have grave concerns at the way this pandemic has been handled and the tragic costs of these decisions on human lives. Clearly, questions must be answered and responsibility accepted.

“Right now, there are care homes in Wales that are a hair’s breadth from ruin which need urgent help and financial support. They are suffering under a lottery system which delivers vast variations in support geographically. That system has to change.”

Most staff have now returned to duty at Tregwilym except for a handful of employees who are shielding due to health conditions.

The home is currently in the process of applying for funding to cover additional expenditure and hopes to be ready to admit new residents in a fortnight after no further cases.

“I doubt it will cover all the costs,” said Mr Rosenberg.

“We’ve altered the building and have isolated one floor as well as concentrating our staff in particular areas to make it easier for them to be safe and functionally more effective.

“We’re also using the opportunity to upgrade some of the areas with minor building works. Then we’ll readmit.

“The staff have done a lot of extra work and have been superb. They’ve helped bring us through.”