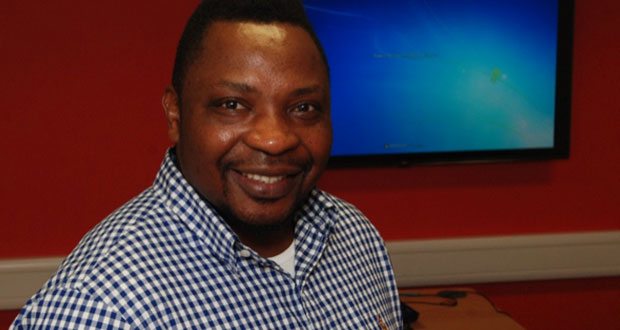 The Government’s stated aim is to make England the best country in the world for dementia care. But a University of Huddersfield researcher is finding that some minority ethnic groups are reluctant to take advantage of the support that is increasingly available.  He will make a call for specially-targeted campaigns aimed at these communities. 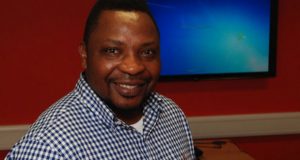 Tim Dlamini is in the later stages of his PhD project, examining end-of-life care for people with dementia, with a focus on black and minority ethnic (BME) groups.  He has conducted focus groups with elderly people in the early stages of the illness, and in-depth interviews with family members caring for a relative with dementia.  Tim himself was inspired to work and research in the field after the experience of helping care for his grandmother.

“Research has shown that there are differences in how dementia is viewed,” he said.  “In many BME communities, it is still seen as a natural part of ageing and not as an illness, so in many cases people do not access the services that are available.  Families are left to struggle and try to cope with the situation as best they can.”

“Most of the people who participated in the interviews spoke from a lived experience perspective and it appears there are some clear indications that many people dying from dementia may not be receiving personalised care at the end of their lives.  With no cure for dementia as we stand and a projected increase of dementia in the UK and beyond due to aging societies, it is very important that we focus on providing quality care that meet the needs of individuals with dementia and their families.”

Tim found that there is still an attitude prevalent among BME families that they are best equipped to care for relatives and this leads to reluctance to deal with services that might be seen as culturally insensitive.

Having completed interviews with focus groups, Tim is now analysing his data, but says there is a case for a campaign on dementia awareness aimed at BME communities.

South Africa-born, he relocated to the UK in 2002, and helped care for grandmother Esther, long resident in the Basingstoke area.  The experience led him to work in dementia care which partly motivated him into research around dementia care.

He enrolled for a psychology degree at the University of Huddersfield and after completing it he was awarded a Vice-Chancellor’s Scholarship to move on to his PhD, supervised by Dr Alex Bridger, Dr Sarah Kendall and Professor Nigel King of the School of Human and Health Sciences.

Tim’s goal is to continue to work and research in the wider field of dementia care, which is burgeoning.  The UK Government has inaugurated a National Challenge to fight dementia – described as “an unprecedented programme of action to deliver sustained improvements in health and care, create dementia friendly communities and boost dementia research”.