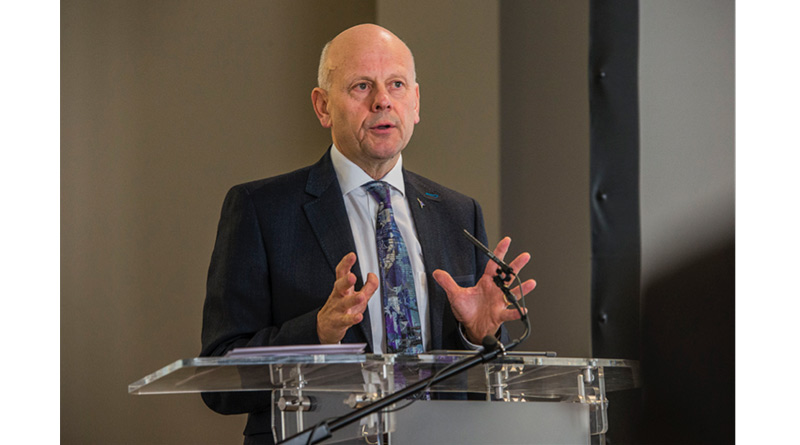 A social care leader is demanding a public inquiry into the lack of Covid-19 testing which turned some care homes into  “coronavirus warzones”.

According to Mario Kreft MBE, the chair of Care Forum Wales, it was imperative to understand the reasons how and why the policies adopted by the UK, Welsh, Scottish and Northern Ireland governments had been so misjudged.

Mr Kreft was speaking after a survey from Care Forum Wales revealed that 42 per cent of care homes felt they had been pressurised into accepting hospital patients who were either Covid-19 positive or had not been tested.

Until recently the Westminster and devolved governments had resisted repeated calls to introduce mass testing of all residents and staff in care homes – claiming it was not scientifically justified.As a result, patients discharged from hospital and admitted into care homes were not tested for Covid-19 and the infection spread like wildfire.

Health Minister Vaughan Gething MS has now announced that coronavirus testing is being extended to all care home residents and staff in Wales. The decision, which according to Mr Gething was based on new scientific advice, followed a barrage of criticism. Initially, the Welsh Government had opted only to test individuals with symptoms, and then increased testing to larger homes with no signs of the virus on 6 May.

All care home residents and staff in England have been eligible for testing regardless of symptoms since the end of April but at that time First Minister Mark Drakeford said there would be “no value” in providing coronavirus tests to everybody in care homes.

Care Forum Wales say the change of policy came  too late for the frail and vulnerable care home residents who had died after falling victim to the virus after being infected by discharged hospital patients.

Across the UK more than 11,600 people have died from coronavirus in care homes since the start of the pandemic – that’s a quarter of the total number of Covid-19 deaths.

But that did not tell the whole story because a total of 2,377 people had died in Welsh care homes since March 1.

That was 62 per cent higher than the number for the same period last year, and many of the fatalities were likely to be as a result of the infection and its complications.

Mr Kreft said: “We very much welcome the decision to test all care home residents for Covid-19 but once again I’m afraid the response has been woefully behind the curve.

“Back in February Care Forum Wales launched a campaign to Shield Social Care and Save Lives.

“As part of the campaign, we were calling for a rigorous testing regime, along with an adequate supply of PPE and proper financial support to safeguard care homes from a double whammy of soaring costs and falling occupancy levels.

“Effectively, putting pressure on care homes to admit hospital patients who were Covid-19 positive or without being tested. Where this occurred it  turned safe havens into  coronavirus warzones.The magnificent staff in our care homes have fought this virus heroically and as a result 80 per cent of them remain virus free.

“It’s a tragic contrast to a whole host of other countries, including Germany, Greece and Portugal, who locked down earlier and harder and used mass testing to contain the virus. Here we adopted a policy of protecting the NHS at all costs and social care was right at the back of the queue in terms of effort and resources. The UK just didn’t have the right mindset. This is probably the most single monumental safeguarding failure that we have ever had in the UK in regards to vulnerable people.

“It was a policy that effectively accepted we were going to import the virus into care homes and that the residents and staff were collateral damage. Instead of shielding them, we left them defenceless.”

“It wasn’t just here in Wales. The governments in Westminster and the other devolved nations followed the same policy with a total disregard to the implications of that policy and the absolute destruction it would cause in the loss of human lives.

“We should have a public inquiry across the four nations because we need to understand the decision making in the four capitals and why this was allowed to happen.”

“Across the UK, we have nearly half a million people of our most vulnerable people in care homes and they have always been very safe places. If there is a second wave of this pandemic we need to quickly learn lessons to ensure care homes will be properly safeguarded so we can shield our residents.”

“This is not a blame game – we just need the truth and we therefore need openness and transparency to restore public trust and confidence. We need to understand the thinking and the scientific evidence behind the policies adopted by the devolved nations.”

“We need to know what worked and what didn’t. Nobody is suggesting that the governments didn’t care but it seems pretty clear they took their eye off the ball and assuming that care homes would be broadly safe.

“They had not realised the consequences of this unsafe discharge policy which was designed to free up capacity in the NHS. They should have been extra vigilant in shielding care homes.”

“There needs to be total transparency about the scientific advice and how it differed to the advice in other countries where they have been far more successful in containing the virus and keeping the death toll lower.”

“If a private sector care organisation had been guilty of a failure that had led to a fraction of the fatalities they would surely be in the dock.”

“If we are going to restore faith in our decision-making and the safety of our care homes, the families of the people who have died have the right to understand why those decisions were made and what the scientific evidence was.

“It is vitally important that the families of care home residents now and in the future can have confidence that their loved ones are shielded from harm even if there is a second wave of this dreadful pandemic.”