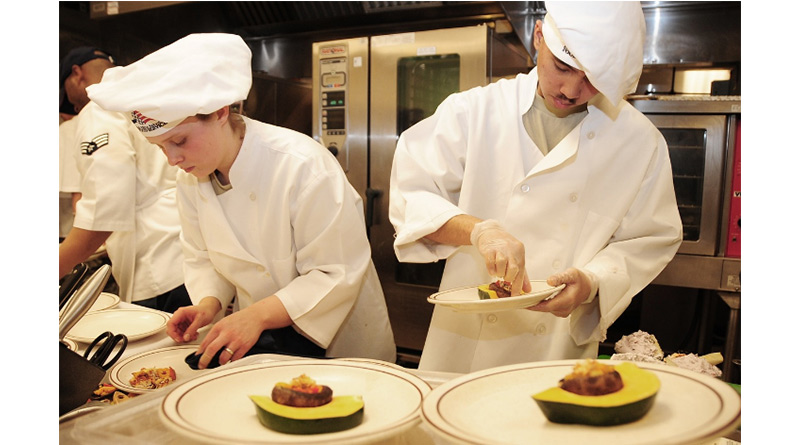 Businesses are set to receive a tax break when employing military veterans in a bid to get more ex-service members into work.

The Chancellor, who unveiled his Budget earlier this month, announced that businesses will pay no National Insurance contributions for the first year of a veterans’ employment.

The strategy come as part of efforts to boost employment rate within the veteran community.

Rishi Sunak said on Twitter that the country owes military veterans “a tremendous debt” and that he will confirm the tax break in the Budget announcement later today.

“In my budget on Wednesday I’ll announce that employers will no longer pay National Insurance Contributions for ex-forces personnel for the first year of their work,” the Chancellor tweeted.

Around 15,000 sailors, soldiers and airmen leave the services every year. The tax break will begin April next year.

“The hospitality sector welcomes the news that the Government will exempt businesses from paying National Insurance Contributions if they hire forces veterans. Hospitality is already very active in helping veterans back into work and with an anticipated 1.2 million hospitality vacancies by 2024, there is plenty of scope for restaurants, pubs and hotels across the country to help veterans re-enter civilian life while also tackling the labour shortage. The potential positive impact these individuals can have on hospitality businesses is significant. Our latest research shows that 1 in 2 customers would be more likely to visit a restaurant if it hired veterans.

“Our sector has proved that, with the right programmes in place and support from charities like Only A Pavement Away, businesses have a lot to gain from employing veterans. We hope that the Chancellor’s announcement will encourage more employers to follow suit.“

“FSB has asked for this as a way to stimulate the employment of veterans in small firms,” he said.

“For veterans seeking employment, small businesses can often be better than bigger ones at spotting and nurturing talent, rather than discard a service leaver’s job application because some of their skills and qualifications aren’t necessarily from a traditional academic route.

“Helping to ease the costs will let small businesses benefit from the unique attributes that veterans can bring to enterprise, whilst giving the opportunity to those who have served to contribute to and thrive within the civilian economy.”