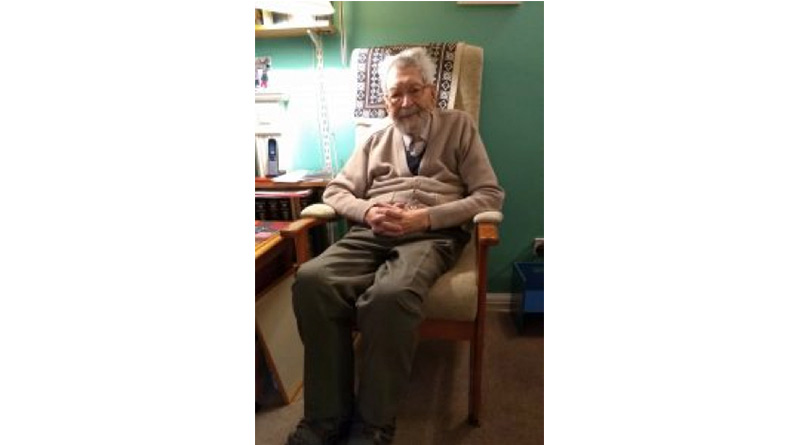 Bob Weighton, the oldest man in the world, celebrated his 112th Birthday on 29 March!

This year, due to the coronavirus, Bob will be staying at home and will be chatting to his family and friends via Facetime and telephone during the day. A big birthday celebration will be arranged for a few months’ time.

Bob lives independently in one of 46 apartments at Brendoncare Alton. He has lived in Alton since 1969 and leads a busy lifestyle. He enjoys a stroll around the shops and enjoys making children’s toys, windmills and furniture from wood that he has been given. He is a keen environmentalist and writes a monthly article for local magazines. He enjoys giving presentations on his long life, work and environmental issues to local community groups, church groups and school children. For his 100th birthday his family collated his memoirs in to a book, “We were Seven and other memories”!

Bob was born on 29 March 1908 in Hull, Yorkshire, where he lived and studied for a degree in mechanical engineering. After his studies, he worked in marine engineering in Northumberland.

In 1933 he decided to volunteer to teach English in Taiwan. He spent six weeks on board a ship reaching Hong Kong and a further week getting to Taiwan. He initially spent two years learning Japanese, and then taught English in a school for four years, during which time he married his fiancée, Agnes, who came out from England in 1937.

When warnings of Second World War were made in 1939, he decided to leave for England. However, on the way across the Pacific to Canada war broke out, and being unable to get back to England, he was diverted to Toronto, Canada. He then moved to Connecticut, in the USA until the end of the war.

During this time in the USA, he worked with the British Government, first inspecting aircraft engines for delivery to the RAF, and then translating enemy broadcasts and preparing programmes in Japanese to be broadcast to Japan under the title of the ‘Voice of Britain’.

He returned to England in 1946 with his wife and three children. He became a lecturer in mechanical engineering at the City University of London, where he continued working until his retirement in 1973.