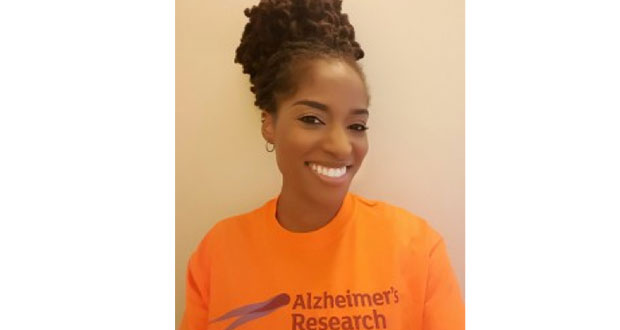 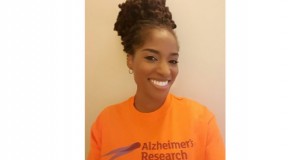 Thrill-seeker Trisha Anderson is gearing up for an adrenaline-fuelled challenge that will see her take part in a tandem skydive to raise money for pioneering dementia research.

Trisha, who works for AXA Insurance’s Birmingham office, hopes to raise hundreds for Alzheimer’s Research UK when she takes part in the charity’s National Skydive Day this summer.

Staff from AXA Insurance have been raising money as part of a three-year partnership with the UK’s leading dementia research charity that began in April 2015. In their first year, employees from the firm’s head office and network of regional offices have already raised nearly £130,000 towards their £250,000 target with a range of fundraising challenges. The latest event in June will see Trisha face her fears and jump from 13,000ft, travelling to Tilstock Airfield in Shropshire to join other fundraisers who are taking the plunge in support of Alzheimer’s Research UK.

As part of National Skydive Day, the charity is offering 150 tandem skydive places at eight locations across the country. Participants will be aided by professional skydivers and will feel part of a team as they all make the jump at 8am on Saturday 4 June.

“Before AXA’s partnership with Alzheimer’s Research UK I didn’t know much about dementia. I thought it was just about forgetfulness, and just something that happens when people get older, but through working with the charity I now know that it’s not an inevitable part of old age. Learning the facts behind it really resonated with me and it makes you think about your own future. If it’s caused by diseases, that means we can find a cure.

“I have an outgoing personality but I’m not someone who does extreme challenges so a skydive is the ultimate for me, I’ve never done anything like it before. But I thought if I was going to do something I should start with a real challenge. I’m really excited, and I think the moment I step on the plane I might burst with excitement and fear! I’m really looking forward to the moment the parachute opens.

“When I told people what I was doing they thought I was crazy, but people have been generous and in the first three days of fundraising I’d already raised £300. I’m really pleased that lots of people from Barbados, where I’m from, have sponsored me – that’s really important because dementia affects people all over the world, not just here in the UK. I’m hoping to raise lots more before the day, and if I can help raise awareness of the fantastic work Alzheimer’s Research UK is doing, that’s even better.”

“We’re thrilled that Trisha is taking on this amazing challenge for us and we’ll be wishing her well on the day. The money raised by AXA staff is making a real difference to our pioneering research, helping to fund vital resources and equipment for our scientists.

“Currently 850,000 people are living with dementia in the UK, including nearly 11,000 people in Birmingham alone, and we urgently need new ways to fight the condition. We rely on public donations to be able to fund our research, and it’s thanks to amazing supporters like Trisha and her colleagues at AXA that we’re able to continue our work.”