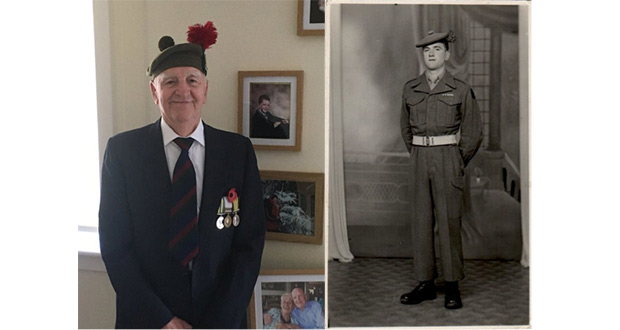 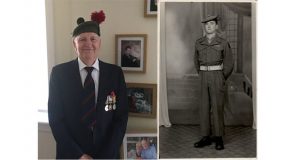 AN 86-YEAR-OLD from Glasgow recently remembered his fellow veterans on Remembrance Sunday in George Square.

Private Andrew Glassford, a tenant at Bield’s Loch Laidon Court development served in the 1st Battalion Black Watch in both Korea and Kenya between 1952 and 1954.

Originally a joiner, Private Glassford had to abandon his post as he was drafted to South Korea to support British involvement in the Korean War before being moved to Kenya to help supress the Mau Mau uprising in Kenya.

Private Glassford said: “My memories of my time spent serving are of course mixed.

“At times, you could say things got a little bit rough and wild, but I was part of a great bunch of men, we all stuck together throughout.

“I was fortunate enough to have kept in contact with a few of them over the years upon finishing my time serving.”

On return from the Army, Private Glassford was able return to his position as a joiner, which he continued doing up until his retirement at the age of 63 before moving to Bield’s Loch Laidon Court.

Now, the 86-year-old veteran maintains an active lifestyle enjoying swimming, something he would do every day with his wife, Margaret, before her passing.

As a Rangers supporter, Andrew has many fond memories of attending matches with his two grandchildren, who now live abroad, but still regularly make the time to discuss their favourite team.

On Sunday the 11th of November, Private Glassford took time to attend the Remembrance Ceremony at George Square in Glasgow where he met with fellow service men and woman to honour fallen comrades.

Private Glassford said: “It was a fine occasion, I think it’s of upmost importance to attend these events. It is vital that we remember those who passed in service and those who have passed since.

“I also had the chance to see some of my old friends from back in my service days at the ceremony, which is always nice.”

Now Mr Glassford spends time chatting with the care team within Lochlaidon Court about his past experiences in the arms and his beloved wife.

Bield’s ‘Free to Be’ philosophy enables residents to live their lives as they so choose, with support available when required, and this philosophy is one that Private Glassford has embraced fully.