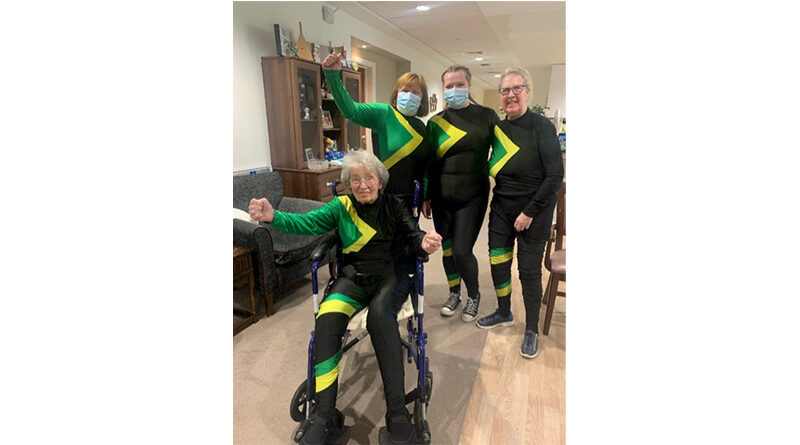 As Great Britain racked up the medals at Tokyo 2020, back home, a number of care residents’ teams have also been competing for podium success, with those living at Belong’s seven care villages across the North West and Midlands enjoying a bit of friendly competition at their very own Olympics.

The Belong 2021 games comprise a mix of activities designed by the villages’ dedicated activities teams and fitness instructors, specifically with older people and those living with dementia in-mind. Highlights include, armchair football, ribbon yoga and paper aeroplane javelin, and residents will get their creative juices flowing, making their own flags and banners of support. Over in the state-of-the-art village gyms, residents have been travelling the world cycling, via a linked screen to specialist equipment.

Peter Norman, general manager at Belong Newcastle-under-Lyme, said: “It’s been great fun hosting our own Olympics at the village. We’re currently awash with flags and decorations made by residents to support one another – it’s safe to say we’ve reached Olympic fever pitch!”

Getting into the spirit of the occasion has also proven to have reignited memories, with residents sharing anecdotes of personal sporting success in their youth and their favourite tales of Olympics from years gone by – with some even recalling London 1948, and the first international football tournament to be broadcast on British television.

Also joining in on the action, Belong colleagues took part in their own competitions, which culminated in hotly-contested tug-of-war and sack races, before later hosting closing ceremonies, featuring the awarding of medals, speeches and a village parties.

Peter Norman continued: “Residents have responded very positively to the event; the light exercise, crafts activities and camaraderie has kept everyone active and now it’s time to cheer on the athletes as they return from the Tokyo games.”