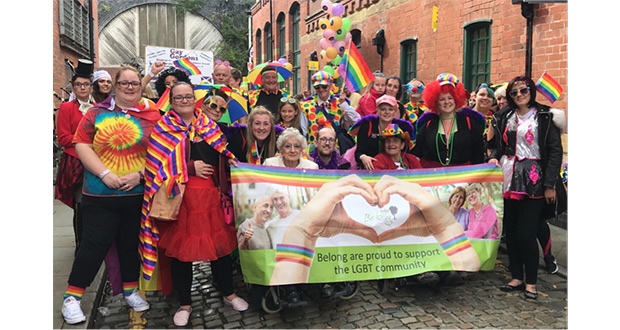 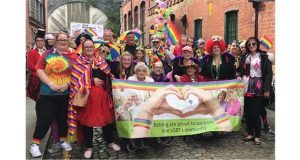 Proving you’re never too old to celebrate diversity in all its forms are residents and colleagues from dementia care village operator, Belong, who wore their colours proudly when they took to the streets as part of the Manchester Pride Parade.

Hot on the heels of participation in Wigan Pride earlier in August, Belong was one of almost 150 entries in the Manchester parade, and it was a first for the organisation. With the theme of this year’s parade being ‘Circus of Acceptance’, staff and residents of the care villages, some in their 70s and 80s, showed their colours for all things LGBT+ as a rainbow circus troupe, with the aim of highlighting the needs of the LGBT community in later life.

Gemma Willets, experience coordinator and driving force behind Belong’s involvement in Manchester Pride, said, “The parade was absolutely wonderful, and our customers really enjoyed flying the flag for equality and supporting a great cause. It was amazing to see so many supporters engaging with us and cheering us on; the lovely Wigan Pride troupe even invited one lady to ride on their float for the rest of the parade when she got a bit tired! The collective feel was one of unity and acceptance, and we all left Manchester with a great sense of achievement.

“At Belong, we actively promote inclusivity for those receiving care and are sensitive to the needs of all members of society. It is important to remember that many older members of the LGBT community face an uncertain future, having grown up in a time where to be gay was extremely taboo or even illegal, so we work extremely hard to ensure such customers feel part of a caring community in later life.”