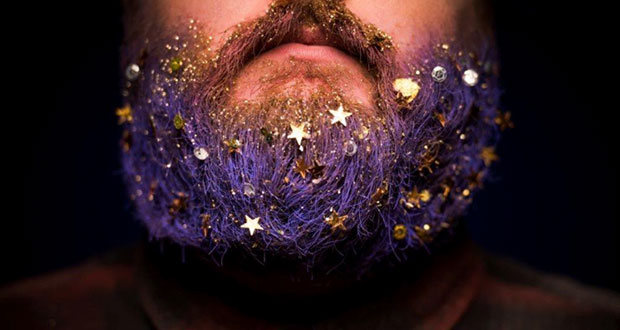 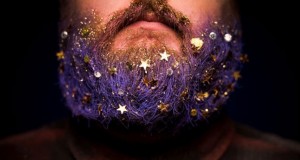 Bearded men across the UK are being called on to take part in a world record challenge for dementia research – for the largest number of glitter beards created in an hour.

So far dozens of men have signed up to get ‘beardjazzled’ in what will be a world record first, organised by Northampton-based company DP Marketing Communications.

Beards of all shapes and sizes are welcome to receive a bit of sparkle for the day, from mere stubble to moustaches, goatees and full length beards.

Those taking part are being asked to get sponsored to raise money for the company’s chosen charity Alzheimer’s Research UK, the UK’s leading dementia research charity.

The event will take place at 2pm on 2 July in a marquee at Northampton Town Festival, which is being held at The Racecourse.

Anyone unable to attend the world record attempt can still get involved in fundraising by glittering their beards themselves and submitting photos to the Facebook event page at https://www.facebook.com/events/141109142941016/

Daniella Paolozzi, Marketing Director at DP Marketing Communications, came up with the quirky fundraising idea after sadly losing her grandad Alfie Paolozzi to vascular dementia in 2010.

“My granddad was diagnosed when he was quite young at the age of 59 and fought with dementia for 15 years.

“It must have been difficult for him beyond description but I think that his humorous and talkative personality helped him through in the early days – many people wouldn’t have guessed that there was anything wrong.

“I always like to remember him for the smart, witty, charismatic, and well-dressed gentleman that he was. Even during his illness he was always joking and being a general wind up merchant.

“Luckily for my granddad, he married my wonderful nan Shirley Paolozzi who went above and beyond to love and support him as long as he needed her.

“Despite having several strokes at the later stages and being unable to speak, his eyes would light up when my nan came into the room.

“As a director of a creative marketing agency I love coming up with ideas that will get people talking and with a combination of a love for sparkly stuff, all that is fabulous and also the popularity of glitter beards over the past year, the idea was born!

“I hope that the event will help to raise both awareness and funds to help find a treatment that will slow the process down or even better, a cure entirely so that nobody else has to have their identities taken away from them again by this cruel illness.”

“We are so excited to see the outcome of this fantastic event, it looks like it’s going to be a very fun day.

“We can’t thank Daniella enough for organising the glitter beard world record challenge and raising money for Alzheimer’s Research UK in the process.

“Currently there are 850,000 in the UK living with dementia, including more than 8,000 in Northamptonshire.

“Alzheimer’s Research UK is leading the charge in finding preventions and treatments for this terrible condition and we couldn’t do it without wonderful supporters who continue to amaze us with their fundraising efforts.”

To join the glitter beard team or donate go to https://www.justgiving.com/teams/glitterbeards.