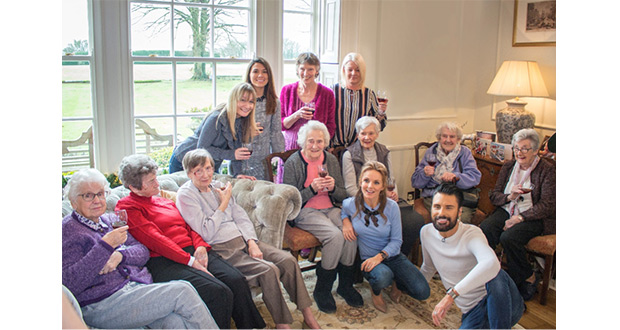 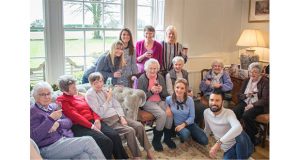 Residents of Featherton House Care Home in Banbury enjoyed a bit of winter ‘spice’ when they visited Geri Halliwell at her home to appear on ITV’s This Morning.

The former Spice Girl baked biscuits with her young daughter Bluebell and presenter Rylan Clark-Neal, before serving up the festive treats to the residents.

The home, which is based on Chapel Square, Deddington, is close to Geri’s country estate, and a group of residents were invited as guests to sample the TV personality’s home cooking during a segment of This Morning and join in a singalong with Geri and Rylan as a tribute to the late George Michael.

The residents were also invited to share a glass of sherry as well as the baked treats with Geri and Rylan.

Holly Rose, Home Manager at Featherton House, said: “It was lovely for our staff and residents to be invited to Geri Halliwell’s home to appear live on This Morning. It’s not every day you get to meet celebrity’s and visiting her beautiful home was a real treat for everyone who went.

“It is important for our residents to participate in interesting and exciting activities within the local community, and visiting Geri and appearing on national television was something they will never forget.

“All the staff and residents at Featherton House would like to say a huge thank you to This Morning for making the event possible, and to Geri and Rylan for being so welcoming on the day.”

Featherton House Care Home forms part of Wren Retirement Living and is managed by Healthcare Management Solutions. The service provides residential care for up to 25 older people and is rated 10/10 on the national carehomes.co.uk site and number one in the south east region, CQC rated the home ‘Good’ with one area rated as ‘outstanding’.