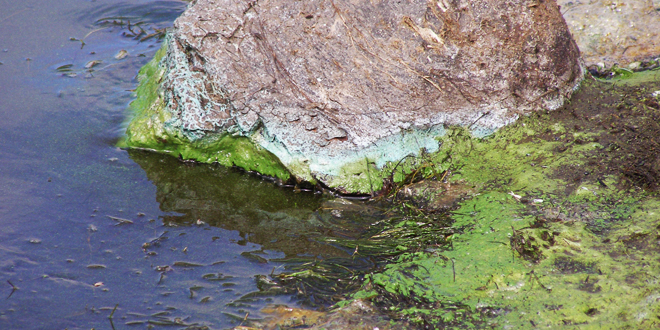 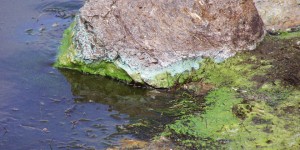 Researchers in the US have provided stronger evidence linking a toxin called BMAA to a distinct form of neurodegenerative disease on the island of Guam. The research was published in the journal Royal Society of Biology Proceedings B on 20 January 2016.

The research team was interested in the link between a toxin called BMAA and a rare neurodegenerative disease (resembling Alzheimer’s, Parkinson’s and motor neurone disease) common within the Chamorro community living on the island of Guam. BMAA is produced by a type of bacteria found in marine environments and which builds up in very high levels in the diet of people in this community.

In order to investigate whether the BMAA toxin could be responsible for this rare neurodegenerative disease, the researchers fed vervet monkeys different doses of BMAA in their food for nearly five months. When the research team looked at the brains of these monkeys, they found a build-up of proteins, known as amyloid and tau, in the brain. The build-up of these two proteins is a hallmark of Alzheimer’s disease, and also seen in the condition that affects the Chamorro community. These hallmark proteins were not present in the monkeys who did not receive BMAA in their diet.

The team found the highest levels of the two proteins in the brains of monkeys who received the highest doses of BMAA (10 times in excess of what a Chamorro villager would consume) than those who ate lower amounts. This led the team to conclude that BMAA could be directly responsible for toxic protein build-up in this form of neurodegenerative disease.

The researchers went on to explore what can be done to stop BMAA from causing damage in the brain. They found that monkeys who were given a molecule called L-serine in their diet, at the same time as BMAA, had lower levels of the abnormal tau protein in their brains.

“BMAA is a toxin produced by a type of bacteria found commonly in marine environments but present in very high concentrations in the diet of people who live on the island of Guam. As people on Guam experience a distinct form of neurodegenerative disease, resembling Alzheimer’s, Parkinson’s and motor neurone disease, there has been a lot of research into the link between the BMAA toxin and this condition. This research in animals suggests that BMAA exposure could directly lead to hallmark features of neurodegenerative disease, providing new insight into the likely cause of this condition on Guam. While investigating rare forms of dementia can lead to insights into the more common causes of the condition, further research is needed to understand whether the findings have relevance to diseases like Alzheimer’s or motor neurone disease in other parts of the world.

“We know that the majority of cases of Alzheimer’s are caused by a mix of age, genetic and lifestyle factors. Currently, the best evidence for reducing dementia risk includes not smoking, keeping blood pressure in check, getting enough exercise and eating a healthy and balanced diet.

“The research suggests that L-serine could reduce the build-up of toxic proteins in the brain associated with high levels of BMAA exposure. There are early stage clinical trials for L-serine in motor neuron disease, and similar trials would be needed to explore whether L-serine could have any benefit for typical forms of Alzheimer’s, not associated with the toxin.”