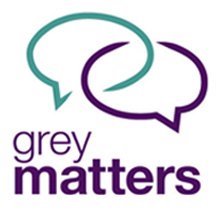 New research commissioned by Anchor has revealed the true extent of the nation’s denial about ageing. Despite it being a life changing decision, nearly two thirds of us (64%) have never thought about our care options and over three quarters of Brits (76%) who would trust someone else to make care decisions for them, haven’t talked about their care options with that person.

The research reveals we are a nation of procrastinators, with one in five people (22%) saying they would put off taking action to address their care options, even at the point it’s most needed.  In fact more people would ask for a divorce than review their care options.

Fear of losing control seems to be the main factor crippling the nation, with the top concern about care in later life being losing their independence (45%).  Worries about being able to afford it (38%) also feature highly, and it would seem we are still a nation obsessed with bricks and mortar, with losing our homes being a concern for nearly a quarter of us (23%). We are also concerned about the impact on our loved ones with 22% of us worried about the emotional strain on our families.

Research shows that one in three women and one in four men will need care at some point in their life¹, so to address these issues head on and encourage people to have a conversation about their care and retirement options, Anchor is launching the Grey Matters campaign backed by top behavioural psychologist, Jo Hemmings.

Jo Hemmings, independent behavioural psychologist, said: “As a nation we’re taking a gamble as we get older. Too many people are putting off thinking about their retirement living and care options, and we’re not having conversations with the people we most trust to make decisions for us.

“In my experience, families can be afraid to talk about later life because they are concerned about ‘worrying their children’ or ‘addressing it with their parents’. They worry that talking about a situation makes it immediate and ‘real’, but the emotional benefits of talking far outweigh the alternatives.

“It’s much easier to talk about life changing decisions when you’re not faced with an immediate crisis – and talking earlier means you are more likely to get what you want in the long run.  It’s time to think about it, talk about and plan for it now.”

Jo Hemmings has worked with Anchor to co-author a guide to planning for your care and retirement living, which includes tips on having a conversation with your family.  The guide is available to download here.

Jane Ashcroft CBE, Chief Executive of Anchor, said: “Older age should be a time for celebration and enjoying the fruits of your labour, but people are missing out because they aren’t thinking early enough about how they want to live in later life.

“It’s worth exploring the full range of retirement options, from retirement villages to leasehold or sheltered housing, where you can live independently and have care options should you need them.

“It’s never too early to talk to your loved ones about the future, and work out what’s right for you.  It’s only by planning that your retirement dreams will become reality.”