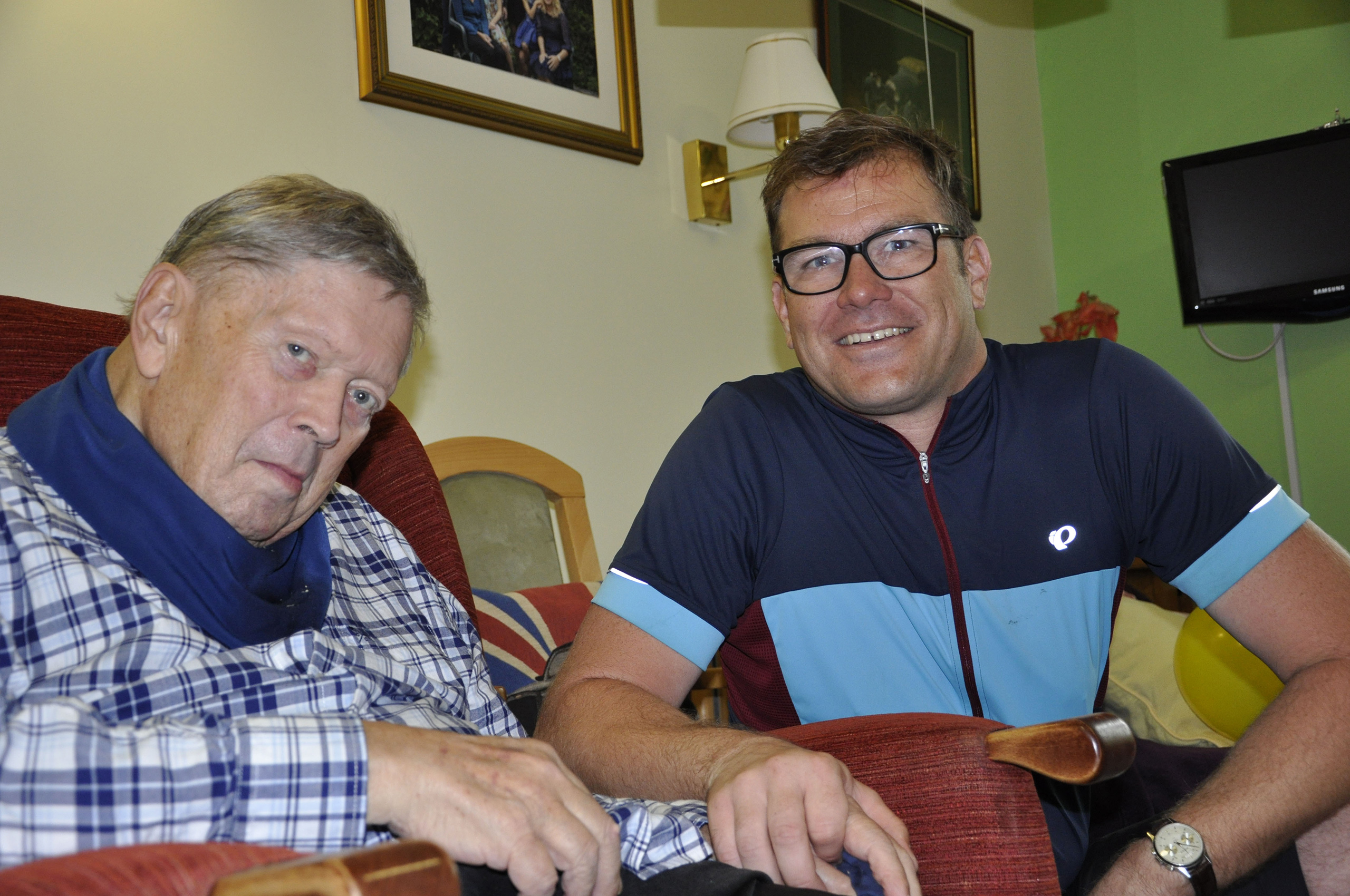 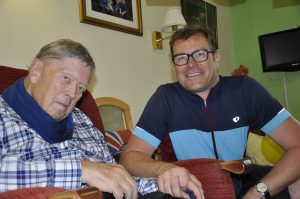 A big-hearted German businessman cycled 1,400 km in a week to arrive at a Dorset dementia care home and thank the mentor who inspired him as a young student.

Nicolas Guenther, who was 19 when he first met Peter Matchan, has raised more than £2,000 for Parkinson’s UK by completing the journey all the way from Munich.

He decided to try the gruelling personal challenge after hearing that Peter, now 79 and a resident at Colten Care’s Fernhill home at Longham near Bournemouth, is living with Parkinson’s.

Business consultant Nicolas, 41, spent time with Peter and his family while he was staying in Havant and attending a course at Chichester College.

The pair shared a keen sense of humour and struck up a lasting friendship with Peter, then running an advertising agency, helping Nicolas to learn English and understand some of the finer points of British culture.

Nicolas, who has visited Fernhill four times before, said: “Peter is an inspiring man who made a big impression on my life. When I learned he had Parkinson’s I wanted to do some good by coming to see him again and help the Parkinson’s charity at the same time. I am very happy that I did the bike ride in seven days and even beat my original fundraising target thanks to the support I’ve had from many people.”

Nicolas averaged 160km a day on the trip and had to deal with emergency puncture repairs, broken spokes and navigating cycling trails through Germany, France, Belgium and across the south of England from Dover.

There was eager anticipation at Fernhill as Peter’s daughter Lyn Place, granddaughter Anna and staff members tracked Nicolas’s progress online ahead of his arrival at the home.

Lyn, who lives in Bournemouth, said: “I am overwhelmed by the sheer physical effort Nicolas has put in and the fact he has chosen to come and visit dad and raise money for Parkinson’s at the same time. Dad and Nicolas have always got on. When Nicolas was studying English over here, I remember the two of them sharing jokes about their respective nationalities and going on lots of pub walks. It was lovely to see them shake hands once again and spend a bit more time together.”

Fernhill Activities Organisers Karen Grant-A’Court and Ann-Marie Knight helped Lyn organise the reception for Nicolas complete with German flags, bunting, champagne, a guest room for him to unwind in, and a ‘finish line’ at the door of Peter’s room.

Ann-Marie said: “We were only too pleased to help Peter and his family enjoy their reunion with Nicolas after such an amazing journey.”