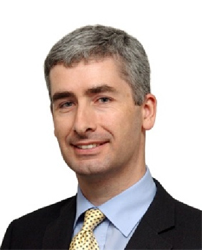 AMEC’s Clean Energy Europe business, headquartered in Knutsford, Cheshire, has announced a Charity of the Year partnership with Alzheimer’s Research UK, the UK’s leading dementia research charity. The company’s 2,500 employees aim to raise £50,000 for research into the genetics of Alzheimer’s disease and other forms of dementia. The business is part of AMEC’s international engineering and project management company, which employs over 27,000 people in 40 countries worldwide.

“Following a staff vote, we are delighted to have chosen Alzheimer’s Research UK as our charity of the year. The lack of funding for dementia research is a critical issue. We hope our support of the charity will not only boost much needed funds but also help raise awareness and understanding of the condition.

“Our goal is to raise £50,000 towards research to unravel the genetics of Alzheimer’s disease and other dementias. To achieve this, everyone in AMEC has been challenged to raise £20 each, and every £20 raised will pay for another hour of vital research. Some of our employees have already completed a gruelling 40 mile sponsored walk from Keswick to Barrow and there are many other plans afoot.”

“Having the support of AMEC is very important to us. It’s wonderful to know that all the staff are pulling together to fundraise towards our pioneering research projects into the genetics of Alzheimer’s and other forms of dementia. Uncovering the genes involved in dementia is crucial to understanding the causes of the condition, giving us valuable clues in the search for an effective treatment to stop it in its tracks.

“Over the last decade our scientists have made big strides in pinpointing new genes involved in dementia. But there is still a long way to go and with the help of AMEC we can make great headway.

“Hundreds of thousands of people across the UK are living with dementia today, including over 10,000 people in Cheshire. Dementia poses one of the greatest threats to public health now and in the future but funding for research still lags far behind other serious diseases. We rely on public donations to fund our work and support from businesses like AMEC plays a key part in helping us progress our world-class research.”