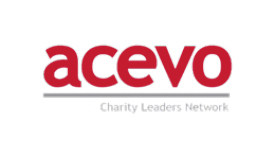 ACEVO’s Chief Executive Sir Stephen Bubb announced the launch of a new Commission on the role the third sector should play in future public service delivery, by warning of a ‘care deficit’ in public services.

The Remaking the State Commission is co-chaired by renowned academic and commentator Will Hutton, and Rob Owen, Chief Executive of the offender rehabilitation charity St Giles Trust.

The Commission will focus on systemic failures in public services that led to crises such as that at Winterbourne View care home, where adults with learning disabilities suffered a serious lack of care and attention. ACEVO’s Chief Executive Sir Stephen Bubb is addressing this in a review he is currently chairing for NHS England. The Commission will inquire how the voluntary sector can make a difference in the provision of a wide range of public services across the country.

News of the Commission emerges in the wake of reports last week that not a single charity has been chosen as a prime provider in the Government’s flagship programme on justice reform, ‘Transforming Rehabilitation’, which Bubb last week described as placing charities in a ‘subservient [position] to the interests of private companies.

The Commission, which is co-sponsored by The Social Investment Business, will offer practical tools to help charities and social enterprises work better in future partnerships with the public sector. It will outline a direction of travel for the sector for the next ten years which Bubb described as ‘beyond choice and competition.’

Remaking the State follows ACEVO’s 2003 report Replacing the State, one of the seminal interventions that encouraged subsequent governments to work with charities to deliver public services.

Commenting on the launch of the Commission, Co-Chair Will Hutton said:

“The next few years are going to prove a crucial period for both the delivery of public services and the involvement of many more charitable and third sector providers in their delivery. Success will mean that we develop an ecosystem of partners that can provide services that are genuinely responsive to citizens’ preferences. This Commission will hope to crack that conundrum wide open.”

Rob Owen, Co-chair of the Commission and CEO of St Giles Trust said:

“Maybe there is some sense in the expression that ‘every cloud has a silver lining’. Possibly the one upside from the terrifying and terrible 2011 riots was the sea change in the public’s view that hard-wired issues facing us as a nation aren’t solely the responsibility of the state.

“Combined with the relentless demands on our statutory services in a landscape of budgetary constraints, this public attention has led to a perceived and possibly real ‘care deficit’. We’re attempting to put the balance right and produce a report that allows pioneers in improving the system, improving the care, become proof points that there is room for improvement in the way public services are delivered.”

“For the last ten years, ACEVO has led the way on getting charities and social enterprises to the top of the public services agenda. Replacing the State helped define the third sector’s relationship with politics and the state during the New Labour era; Remaking the State will set the weather for the next ten years.”