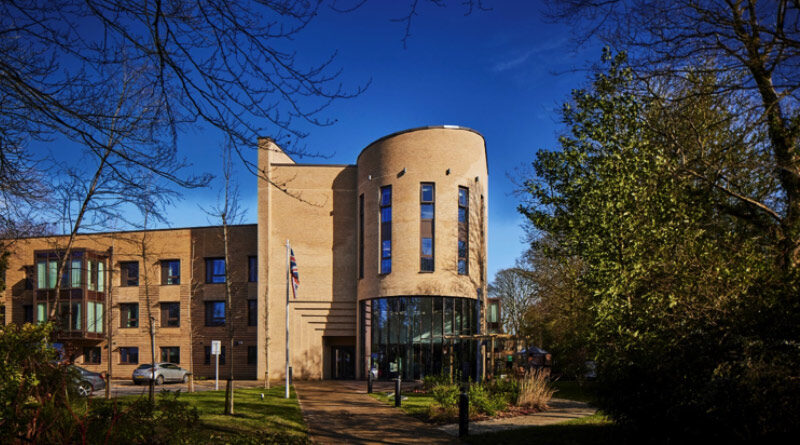 Broughton House Veteran Care Village in Salford has been boosted by a £40,000 grant towards the care of heroes who served in the Royal Navy and the Royal Marines.

The financial support has come from the Royal Navy & Royal Marines Charity in partnership with Greenwich Hospital.

The grant has been awarded through the RNRMC’s Through Life Pathway programme to improve the health, wellbeing and quality of life of veterans living at Broughton House, and towards providing counselling and welfare benefits advice to those living in the community through its Armed Forces Support Hub.

The RNRMC is a long-standing supporter of Broughton House, which has been redeveloped in a £12.5m scheme to create the UK’s first Veteran Care Village.
Broughton House has cared for more than 8,000 veterans since it opened its doors to the ex-service community in 1916.

It has been transformed into a modern complex featuring a 64-bed care home and independent living apartments, an array of modern facilities, a museum and the hub.

Mandy Lindley, the RNRMC’s director of relationships and funding, said:
“Broughton House provides excellent care for Royal Navy and Royal Marines veterans in the north west, and the RNRMC is pleased to support this service once again.

“Ensuring that our elderly veterans enjoy dignity, care and comfort is part of the RNRMC’s core commitment to the Royal Navy community, and our continued partnership with Broughton House is an important part of this.”

Among the beneficiaries of the RNRMC’s backing is Broughton House resident Andrew Dinning, 78.

He enlisted in the Royal Marines when he was just 17 and rose to the rank of major, serving in the 3 Commando Brigade, which deploys troops from Royal Navy ships to conduct operations on land.
Andrew said: “My favourite thing about Broughton House is how the staff motivate us every day with quizzes and activities and encourage us to join in. They are a delight to be with and make sure that the home and our days here are really great.”

Royal Navy and Royal Marines veterans who suffered life-changing injuries while serving in Afghanistan are among those to have received help from Broughton House’s Armed Forces Support Hub.

Jim Legard, a support officer at the hub, said:
“I’m in regular contact with them and have helped in relation to their benefits and medical assistance by signposting them to the relevant agencies, liaising with them and filling in forms.

“As a support hub, we try to be there for veterans whenever they need us, be it just as a friendly, non-judgemental ear, or to provide practical advice and support.”

Karen Miller, chief executive of Broughton House, said:
“We are incredibly pleased to once again be receiving a grant from the Royal Navy and Royal Marines Charity and Greenwich Hospital to enable us to continue to support our residents who served in the Royal Navy or Royal Marines.

“Our new Veteran Care Village allows us to provide care of the highest quality to the ex-forces community, and support from armed forces charities such as the Royal Navy and Royal Marines Charity and Greenwich Hospital is crucial in ensuring that our work can continue. We are eternally grateful for their continued support.”