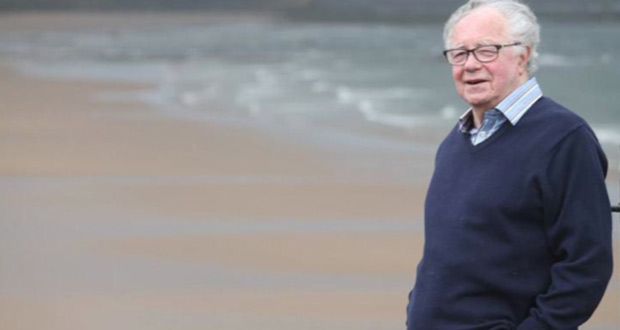 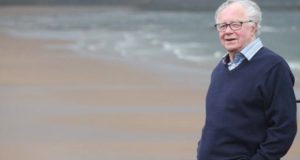 A retired dentist who gave £1million to Alzheimer’s Society has been honoured at the ‘Oscars of the private banking world.’

Malcolm Joyce, of Tynemouth, made the donation to Alzheimer’s Society last year – thought to be the largest sum given by an individual in the charity’s 38-year history.

And last night he was named ‘Philanthropist of the Year’ at the Spear’s Wealth Management Awards.

Mr Joyce, 82, dedicated the accolade to his late wife Jean, who lived with dementia for several years towards the end of their 58-year marriage.

He said: “When I was shortlisted for this award I could have collapsed, but to actually win it is incredible. I’m still in shock!

‘I’m just a snotty-nosed kid from Highfield near Rowlands Gill – I really didn’t think I was in with a chance.

‘I am dedicating the award to my wife Jean. She was the love of my life and I’m sure she’d be very proud of me today.’

Following Jean’s death in 2015, Mr Joyce had initially planned to leave Alzheimer’s Society money in his will.

But he recalled: “I woke up one morning and thought to myself ‘why wait until I’m dead?’ so I decided there and then to call Alzheimer’s Society and offer the money.

‘Apparently they thought I was joking at first when I told them how much I wanted to give, but I just thought it was a normal thing to do – a regular occurrence. I didn’t expect any fuss!”

Since making the donation Mr Joyce has become a valuable ambassador for Alzheimer’s Society, and has also pledged to leave a gift in his will as originally intended.

He spoke at a ‘Legacy Giving’ event in Durham where people also considering leaving a gift in their will could find out more about the charity’s work.

And he will be among the guest speakers, alongside BBC news presenter Colin Briggs, at a special Carols at Christmas service to raise funds for Alzheimer’s Society at Elvet Methodist Church in Durham on December 12.

Born in Highfield, Rowlands Gill, Mr Joyce spent much of his working life as a dentist in Peterborough before moving back to his native North East in 2003.

He now lives in a modest two-bedroom flat in Tynemouth where he enjoys an ‘ordinary lifestyle’.

He said: ‘People might think giving away £1m was an unusual thing for someone in my position to do, or that I did it on the spur of the moment.

‘But I can honestly say I was happy with my decision from the moment I’d made it and I haven’t regretted it once.

‘There must be lots of people in my position affected by dementia, so if my actions encourage others to make a donation to Alzheimer’s Society that would be a bonus.’

‘Malcolm is a modest individual who has done something quite remarkable, so we are thrilled that his generosity has been recognised at this prestigious awards ceremony.

‘His gift has made a vital contribution towards advancing care and research for people living with dementia.

‘We have used it to help fund major research projects at two universities, investigating ways to improve care practices and to support people with dementia and their families through difficult times of change.

‘About a third of the donation has also gone towards supporting services we provide in the North East of England.

‘Thanks to Malcolm’s backing we will be able to ensure more people are aware of dementia and the support they can get.’