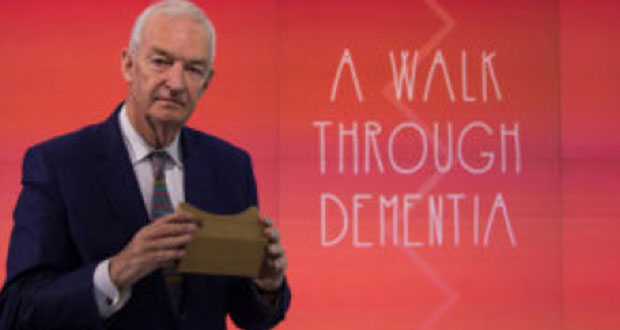 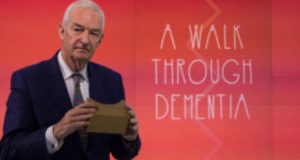 An innovative virtual reality smartphone app – A Walk Through Dementia – will launch at a three-day public installation at St Pancras International Station from 2 June.

The Android-exclusive app, available from the Google Play Store, was developed by Alzheimer’s Research UK and virtual reality specialists VISYON, and uses the widely-available Google Cardboard headset to put the public in the shoes of someone with dementia. Voiced by Dame Harriet Walter, and with an introduction from Jon Snow, A Walk Through Dementia is designed to help the public think beyond memory loss to gain a fully immersive insight into the varied symptoms people with dementia can experience in everyday life.

A Walk Through Dementia is the first time a smartphone Cardboard app has been used to engage the public with the condition. The experience, which can also be viewed headset-free on the app or online at www.awalkthroughdementia.org, uses a combination of computer generated environments and 360 degree video sequences to illustrate in powerful detail how even the most everyday task of making a cup of tea can become a challenge for someone with dementia.

Unfolding over three scenarios, the user is tasked with buying ingredients, taking them home and making a cup of tea for their family. A supermarket environment reveals difficulties at the checkout, counting money, reading the shopping list, busy environments and finding items. A second street sequence illustrates problems people with dementia may face with navigation, visual-spatial problems and disorientation. Finally, back at home, making tea for visiting family presents challenges around memorising instructions, visual symptoms and coordination problems.

The app features a compelling voiceover from Olivier Award-winning actress Dame Harriet Walter, who lost both her parents to dementia, and an introduction from broadcaster Jon Snow whose mother died of Alzheimer’s disease – the most common form of dementia.

Developed with the help of people living with dementia, and with support from Prof Sebastian Crutch at UCL’s Dementia Research Centre, A Walk Through Dementia is an innovative, free and unique perspective on a condition that affects 850,000 people in the UK.

“Dementia is commonly misunderstood, so A Walk Through Dementia is designed to offer the public a clearer picture of the challenges that people living with the condition face in everyday life. The app also gives a poignant insight into the emotional impact of symptoms, an element that people with dementia told us was important to achieve. Although each person with dementia experiences the condition differently, and it would be hard to recreate the full range of complex symptoms, harnessing new technology like virtual reality helps us engage people with the impact of dementia on a new level.”

“Having lost my mother to Alzheimer’s, and witnessed her struggle with the symptoms of dementia, it’s clear that the effects are far more complex and far-reaching than memory loss alone. A Walk Through Dementia gives an insight into how simple tasks we take for granted can become daily trials for people with the condition – there’s something about the everyday nature of the story the project tells that make it all the more affecting. Technology like VR can really transport someone to a different place, time or even give them a sense of what it’s like to live as someone else. I hope A Walk Through Dementia will help create some empathy for people living with the condition.”

“We were pleased to develop A Walk Through Dementia, which showcases how emerging technologies such as virtual reality can help charities communicate in new and engaging ways. Immersive content formats encourages us to re-think how we tell stories and allows us to place users at the centre of the experience, rather than just watching from the sidelines. With a condition as misunderstood as dementia, the power of this technology to inform and connect with people could really change attitudes.”

“With 1 million people through our doors each week, St Pancras International has the unique ability to demonstrate the debilitating effects of dementia to a mass audience of visitors, making it the perfect platform to showcase this technological innovation. We are proud to partner with Alzheimer’s Research UK this year and hope by hosting the launch of A Walk Through Dementia we can help raise awareness and understanding of this serious disease that affects the lives of so many.”

A Walk Through Dementia is available from the Google Play Store and is designed for use on Android phones. For more on the project, including films and to purchase one of Alzheimer’s Research UK’s cardboard headsets, visit www.awalkthroughdementia.org

The app will be launched from 2-4 June in St Pancras International Station and showcased at The Times Cheltenham Science Festival from 7-12 June.