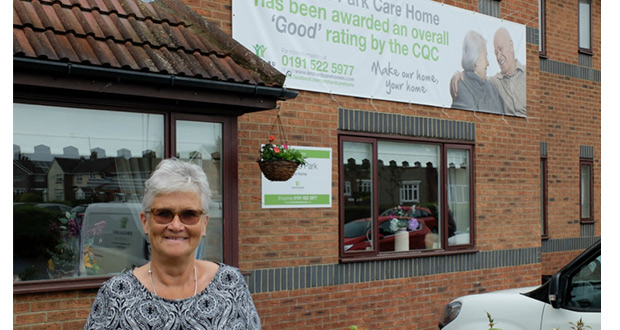 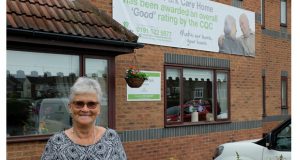 Archers Park in Sunderland recently celebrated a milestone 20th birthday, with staff and residents getting together to celebrate, not just the building, but some of its people.

The 40-bed home was built and opened in November 1997 on the Farringdon Estate, a close-knit area of Sunderland, where many of the residents grew up. The home has since embedded itself within the local community, with strong links to the churches, and two schools. Residents often visit the pub at the end of the street, and the home regularly hosts seasonal fêtes which are well attended by those living in and around the home.

In May this year, the home was presented a Top 20 Care Home 2017 Award for the North East, by review aggregator carehome.co.uk, known as the “Trip Advisor of the Care World”. To follow, Deputy Manager Karl Fazakerley was a finalist at the North East Great British Care Awards, where he was nominated for the Frontline Leader Award.

During the course of the celebrations, Care Assistant Roy Butterworth was also recognised for 20 years of continuous service by Home Manager Roz Wright, and Group Head of Sales and Marketing for Orchard Care Homes, Tracey Tomlinson. After beginning his working life in a butcher’s shop, Roy sought a career change and gained employment at the home when it first opened, and where he has since remained.

Further cause for celebration was 98-year-old Elsie Baker, who, after 15 years at Archers Park, is the home’s longest-residing occupant. She joined fellow residents and staff, both old and new to celebrate the home’s birthday, and its status as one of the top-rated homes in the region.

Home Manager Roz Wright commented, “We have had a fantastic time celebrating the last 20 years. I began my career here as a Care Assistant, and, after a break away, returned as Manager in September 2015.

“We are a very close community here in Farringdon, which is reflected day-to-day, and we have some excellent staff and residents. The anniversary has been the perfect opportunity to highlight them.”

Group Head of Sales and Marketing Tracey Tomlinson, added, “What a credit the staff at Archers Park are to the home, and what a joy it is to see such accolades bestowed upon them.

“Stories like Roy’s show us what an important part of the community Archers Park is, and I am delighted to be able to commend him personally on his commitment.”