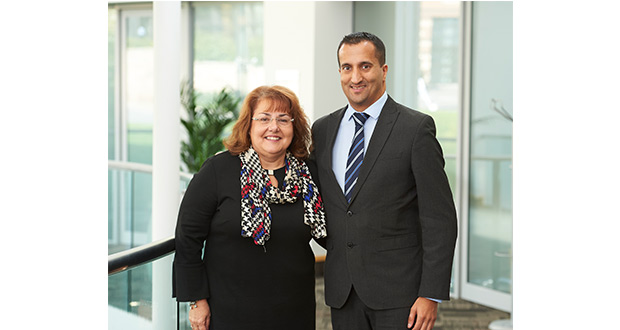 The appointment was confirmed at the association’s AGM yesterday (Wednesday 9 October) as members gathered at the East Midlands Conference Centre, Nottingham, for the NACC Training and Development Forum 2019.

Sue officially takes the reins tomorrow (Friday 11 October) from Neel Radia, the NACC’s longest-serving National Chair, who steps down after a six-year tenure.

With a career in the elderly care sector spanning over 30 years, Sue’s expertise and knowledge in care and care catering makes her more than qualified for the role. She’s experienced in hands on support and care, business management, strategic planning, marketing and fundraising. Good nutrition and hydration have always been her priority, as well as promoting the importance of wellbeing and the prevention of social isolation.

Sue is also committed to supporting the elderly living in the community. Under her leadership, Harrogate Neighbours Housing Association launched the award-winning Harrogate Food Angels, which made an immediate positive impact on the meals on wheels service in the area. Sue also advises other associations on the importance of extra care, community care, day services, luncheon clubs and meals on wheels, through her work with the Housing Learning and Improvement Network for Yorkshire and Humberside, the Independent Care Group and the NACC.

Sue is no stranger to the NACC. She’s been a member for over 18 years and has served as National Chair (2007-2009) and Regional Chair and Regional Secretary for the North region. She’s been instrumental in valuable initiatives, including the Department of Health’s first ever Nutritional Action Plan, developing a nutritional screening tool for people living in sheltered housing on the BAPEN-led national working group and launching essential good practice guides, such as addressing malnutrition and menu planning and special diets. An advocate for meals on wheels, Sue’s always been actively involved in Meals on Wheels Week and in 2012 she led the NACC to gain the Guinness World Record for the most identical community meals delivered in three hours.

Sue says on her appointment: “I’m thrilled to have the opportunity to be National Chair of the NACC again, particularly at a time when care has so many challenges. More than ever, we must be innovative and creative in delivering nutrition and hydration into care homes, meals on wheels services and other related services for those who are vulnerable and socially isolated. Neel Radia has done a fantastic job, achieving many things over the past six years, and I look forward to continuing his good work.

“Care catering professionals are fundamental in all areas of older people services and supporting those on the frontline with training and guidance will remain a priority for the NACC. It’s also important that we continue to engage with other organisations that provide services to older people across the UK, so that everyone has the best opportunities and quality of life wherever they may live.”

Neel Radia comments: “After what’s been an incredible six years as National Chair of the NACC, I pass the baton onto Sue with pride and confidence. Sue’s care catering expertise is second to none and I know that she’ll continue to drive the association forward as the voice of the sector and in its objective to raise awareness of and standards in care catering. We’ve achieved so much in a short space of time, from taking the Meals on Wheels fight to Government to delivering the first official qualification for health and social care catering and setting up the Training Academy, to name just a few. I’m not going far, and I remain dedicated to the NACC. I’ll be supporting Sue and the association on the National Executive, leading the development of the NACC Training Academy.”