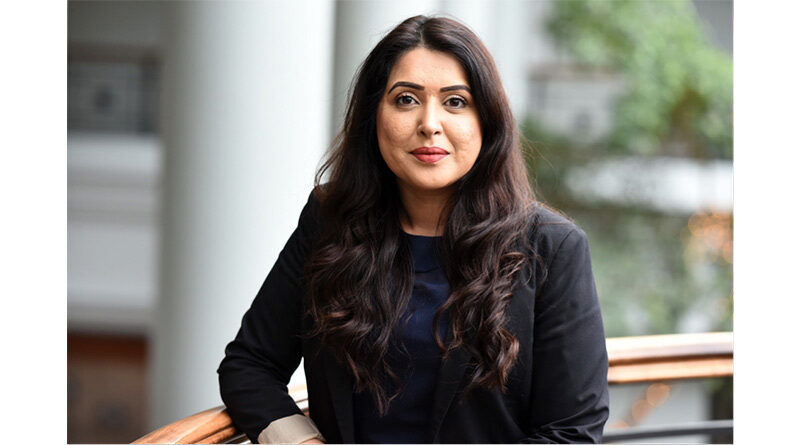 The ‘cruel and devastating’ impact of her dad’s dementia diagnosis has prompted a successful Birmingham businesswoman to speak out as part of World Alzheimer’s Month.

Together with her mum and siblings, Anjum Khan, Director of the Asian Business Chamber of Commerce (ABCC), is carer for her father who was diagnosed with the condition 18 months ago.

Also a Governor of the Birmingham Ronald McDonald House, Anjum said: “Dad had only just been put into remission from prostate cancer when we received the dementia diagnosis. Overnight life changed dramatically for us all.

“We started seeing changes in my father which was utterly heart-breaking. Things that he had always been able to do suddenly became challenging. He was desperately trying to cling onto his independence, but he’s been taken over by this cruel and devastating illness.”

It is because of Anjum’s role as a secondary carer to her dad that she has agreed to join the judging panel of the Birmingham Carer Friendly Business Awards, which is being held for the second year running.

The awards programme is run by Forward Carers as part of a drive to make Birmingham the country’s first ‘carer friendly city”.

Nominations have now opened to formally recognise businesses, not-for-profits and individuals who have gone the extra mile and made a difference to the daily lives of unpaid carers in Birmingham.

The awards are particularly significant this year as many companies and voluntary groups have surpassed themselves to ease the stress of those caring for a vulnerable adult or child during the COVID-19 outbreak.

Anjum, who was named Woman of the Year at the English Asian Business Awards in 2018, said: “It was a huge honour to be asked to help judge all the award entries for this ambitious, but important, awards programme.

“I know first-hand just how vital it is to have businesses and service providers on your side as a carer. Until you’re in that position, you will have no idea just how small changes from within a company can make such a huge difference to a carer.”

Full-time carer Sylvia Thompson has also agreed to help judge the entries, along with Councillor Mary Locke and Phil Done from Ageing Better in Birmingham who are returning to the judging panel once again.

Forward Carers CEO Simon Fenton said: “The awards programme is a fantastic way to promote the importance of supporting carers in the workplace and to engage with businesses across the city. Whether organisations want to improve employee wellbeing or support their customers who are carers, this is a way to acknowledge the steps they have taken to help local families.

“Forward Carers would like to officially recognise organisations that have taken steps to lighten the load in some way – big or small, and made a carer feel more valued in the community.”

As part of the ‘Carer Friendly Brum’ initiative, businesses, retailers and community groups are encouraged to offer discounts to Carer Card holders. Businesses and organisations can sign up for free and benefit from complimentary advertising to more than 15,000 carers registered with Forward Carers.

Organisations and individuals who are carer friendly and regularly go above and beyond in their support for carers are being urged to join the scheme and/or make a nomination for the Carer Friendly Awards.

Nominations for the awards are now open and will run until Saturday, October 31, 2020, with the winners being announced during a ‘virtual’ ceremony on Carers Rights Day on Thursday, November 26, 2020.

This year sees an additional award dedicated to those businesses, organisations and/or individuals who have shown remarkable support for carers during the COVID-19 crisis.