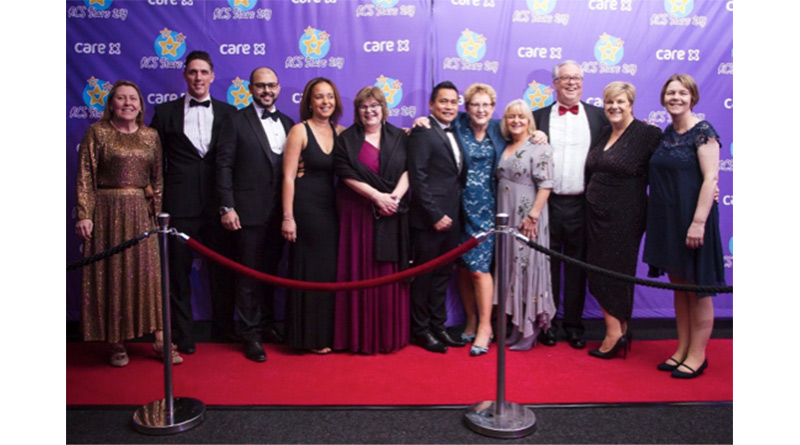 Care UK team members up and down the country have been celebrating in style as the winners of its 2019 Stars awards, which recognise individual and team excellence, were announced.

A total of 19 awards were presented during the ceremony at Heythrop Park in Oxfordshire – whittled down from over a thousand nominations sent in by fellow colleagues, residents and relatives.

Chief Executive of Care UK’s care home service, Andrew Knight, said: “It really was a night of the stars. I never cease to be impressed by the care and dedication people show in order to support the 7,000 residents in our homes, whether that is as carers, chefs, nurses, maintenance teams or so many others.

“These awards are our way of recognising the empathy and professionalism of care home colleagues and an important way for us all to say thank you to so many incredible teams and individuals.”

Clara Court and Cheviot Court beat off stiff competition but not each other to both take the highly coveted Home of the Year award. The Clara Court team were selected for the award due to their outstanding performance across all areas of resident care. Judges heard the team at the award-winning home continuously think of new ways to improve and innovate to enable residents to lead the most fulfilling lives possible. Residents and relatives are involved in decision-making and the home takes a positive approach to risk-taking, which enables residents – many of whom are living with dementia – to live as independently as possible.

Home manager at Clara Court, Debbie Winwood said: “We were delighted when we heard our name announced. It really was the icing on the cake of an excellent year for us. We all love the Stars Awards event. It is always a truly inspirational evening, full of stories of dedication and compassion, and it makes you proud to be a part of the care sector.

“Clara Court is not just a care home, it is our residents’ home. I am so proud of my team, who have set out and succeeded in helping our residents to live more fulfilling lives.”

The team at Cheviot Court, who were recently also recognised at the Caring UK Awards for going above and beyond in the dementia care they deliver, were applauded for their pamper, yoga and meditation sessions to aid relaxation for residents. The team also maintain residents’ life-skills by supporting many of them to become involved in daily tasks around the home, boosting their sense of purpose, personal contribution and wellbeing.

The team at Whitefarm Lodge were presented with the Customer Service Excellence award. The judges praised the home for excellence throughout the year, which led to its exceptional 94 per cent relative satisfaction score for treating relatives with kindness, dignity and respect. One relative said: “My relative is so happy. I can see they are friendly, attentive and kind to her.”

The awards ceremony also saw the team at Hollins Park in Macclesfield lift the award for Great Dementia Care. The home was recognised for its continuous innovations to stimulate those living with dementia. Judges heard how the team have created a sensory garden in response to the many keen gardeners amongst the residents, and how they have matched residents to key workers with shared interests and hobbies. They have also collaborated with local hospitals, mental health services and other organisations in the area to make the best use of their shared knowledge of dementia.

Britten Court care home in Lowestoft was also celebrating after the team won the Meaningful Lifestyles Award. The home was nominated for the RCS Stars award for the team’s continual professionalism, creating meaningful interactions for both residents and day club members by taking time to get to know them individually. These conversations bring about ideas for unusual and personal experiences, such as riding a purpose-built trike, organising a visit for one resident to Great Yarmouth racecourse, and taking another to visit Arsenal football ground.